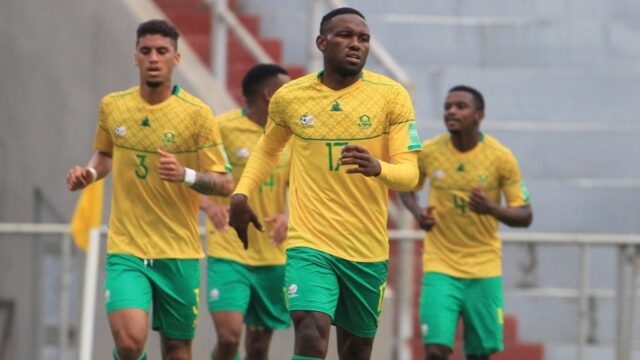 In a match for the African Nations Championship on Sunday at the Estadio de 11 Novembro in Luanda, South Africa lost to Angola 2-0.

The game served as the opening leg of a second-round qualifying match. The second match will be played at Orlando Stadium on September 4.
A superb header by Augusto Carneiro, who outjumped two Bafana defenders to connect, gave the hosts the lead in the 13th minute. Reyaad Pieterse, the Bafana goalie who was given the match’s captaincy, was unable to stop his effort.

By scoring in the 68th minute of the second half, Jaredi Teixeira gave Angola a two-goal advantage.

The Chan tournament, which will be held in Algeria the following year, will be open to those who place first overall in this round.