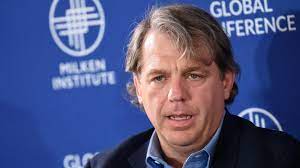 Todd Boehly, the owner of Chelsea, has warned that teams will no longer be able to recruit players “at any price” because of the possibility of UEFA sanctions if they break the financial fair play laws.

Last month, Boehly led a group of investors in buying the Blues.

Following Russia’s invasion of Ukraine, the club was placed up for sale by Roman Abramovich, who sold it to the American.

Since Abramovich bought the club in 2003, Chelsea has been the most successful side in England, thanks in large part to his funding.

“Financial fair play is starting to receive some teeth,” Boehly said at the SuperReturn International conference in Berlin, “and that will limit the capacity to recruit players at any price.”

“UEFA takes it very seriously and will continue to do so.” [More teeth] entails monetary penalties as well as disqualification from sporting events.”