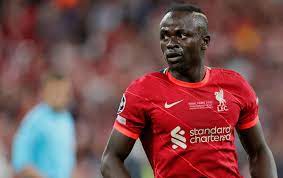 Mane will thrive at Bayern Munich, according to Cisse.

This summer, Mane has been linked with a transfer to Bayern Munich.

In the next 12 months, his Liverpool contract will expire.

Liverpool has turned down two initial proposals from Bayern Munich for Sadio Mane.

Cisse was quoted by Goal as telling reporters, “I advise my boys to try to work out the contract concerns so that when their respective championships resume, they will have already found a base.”

“I was aware of Sadio’s presence at Bayern. It is, in my opinion, a club of its caliber. Bayern is a high-octane, high-pressing team led by a German coach. Sadio performed in Salzburg, Austria, a border country, indicating that he will not venture into uncharted area. Bayern is, in my opinion, the club where he will feel most at ease.”