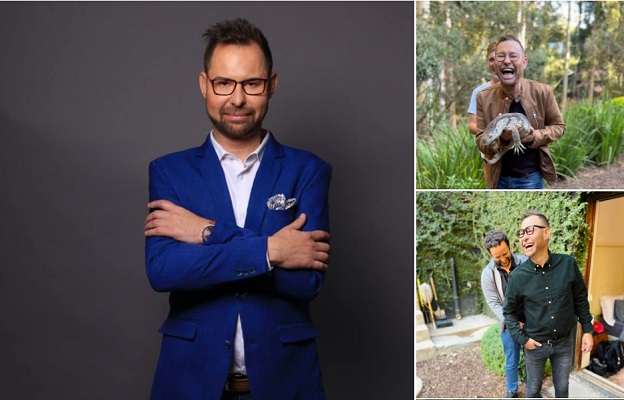 Information reaching our news desk has it that the Founder and Chairman of South Africa’s premier wedding and event coordination consultancy, The Aleit Group sadly passed away at the age of 47. He was reported to have died today May 16, 2022.

His death news was announced to the public in an official Press Release through the Aleit Group.

The statement did not reveal the circumstances surrounding Aleit Swanepoel’s sudden and shocking demise.

Read Excerpt From The Statement Below:-

It is with great sadness that we inform you of the passing of our founder, Aleit Swanepoel. Aleit passed away in his sleep, and while there is no further information to share at this moment, we ask that you keep his family in your thoughts as they go through this difficult time.

Aleit was an innovator, perfectionist, and creative genius whose flamboyant persona and dedication will be greatly missed.

We will continue to uphold and nurture his great legacy through all Aleit businesses and entities.

Aleit is an expert in his profession who has helped to promote South Africa as a wedding destination throughout the world. He’s become something of a local celebrity because of his enormous energy and excitement, and he never fails to delight his captivated patrons.

He kicked off his career in the hospitality business in South Africa, where he worked in many high-end hotels and managed a five-star restaurant in the Stellenbosch wine region. Later, he sharpened his organizational skills at the visitors’ section of South Africa’s largest wine firm, acquiring excellent corporate experience.

Aleit Henri Swanepoel is the Founder and Chairman of “The Aleit Group”. He founded and established the company in 2002. The Aleit Group is South Africa’s leading authority in event management.

He is an innovator, and perfectionist and has been described by the media, as a creative whiz.

The company provides a variety of support services to ensure that every detail is handled by industry specialists. Wedding coordination, event management, furniture and décor supply, catering, bar services, staffing solutions, media production, and the Aleit Academy are just a few of the services available.

Aleit has been featured in several publications and shows in his personal capacity, including My Week and Tuine en Tossels on Kyknet.

In 1998, Aleit Swanepoel graduated from the University of South Africa where he studied Marketing and Public relations.