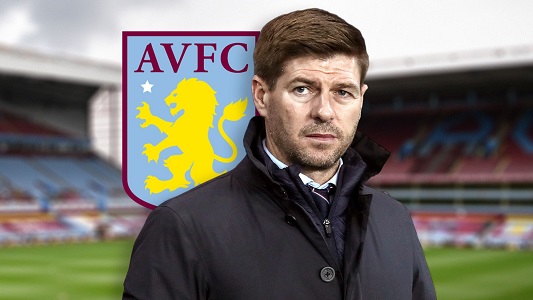 Aston Villa coach, Steven Gerrard has vowed not to give Liverpool a breathing space in their today’s match.

According to him his team with the form they are now will make sure they show enough quality to hurt Liverpool.

The Reds will battle it out today in a rescheduled Premier League match at Villa Park.

He also said that his team will have some interesting moments in the game even though they will suffer a bit.

In his word, he said: “We’ve got to make sure we’re brave enough and show enough quality to hurt Liverpool.

“I’m never going to set a team up to just suffer for 90 minutes, but I don’t want that to be gung-ho or careless. It has to be calculated.

“At times we’ll have to suffer but if we do that together and get through those situations, we believe with the form we’re in, we’ll have some interesting moments in the game.

“That’s what Tottenham did. They were organized, they were patient. And when their moments came they did cause Liverpool some problems.”