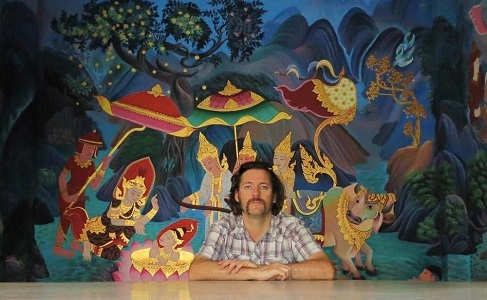 Reports making rounds all the social media have it that popular Austrian martial music and industrial artist who was a member of the Der Blutharsch has sadly and unexpectedly passed away. According to information made available to us, Albin Julius died yesterday 4th March 2022.

Circumstances surrounding his death have not been made known to the public but sources said he died unexpectedly.

Reacting to his death, Music star Bain Wolfkind stated that he was extremely saddened by the passing of Albin Julius, saying he really help him in his music career.

Devastated by the sudden and unexpected passing of my dear friend Albin Julius Martinek. His crucial role in getting my music out to the world cannot be overstated. While extremely saddened, I feel blessed by the memories of good times and adventures we had together over years. Godspeed brother.

More To Know About Albin Julius

Julius established The Moon Lay Hidden Beneath a Cloud, a history-themed folk band. Der Blutharsch’s debut release was a self-titled picture disc that was restricted to 250 copies.

Julius’ own record label, Wir Kapitulieren Niemals, releases all of Der Blutharsch’s songs (WKN, which translates: We Never Surrender). Julius established the HauRuck! a record label, which has released records by a number of Neofolk and industrial bands.