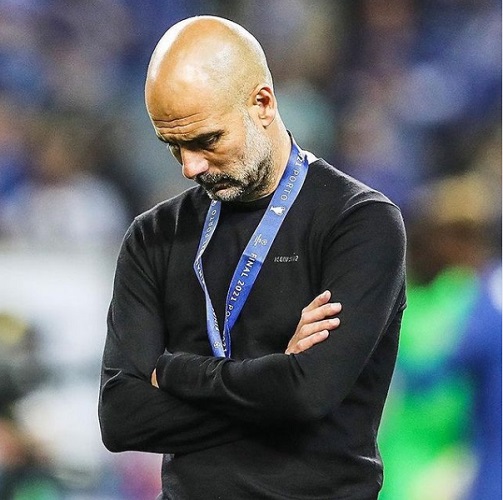 He stated this while reacting to their 3-1 defeat against Real Madrid in their Champions League clash on Wednesday.

City took a 4-3 lead into Spain and even scored first via Riyad Mahrez.

Madrid won 3-1 on the night and 6-5 on aggregate thanks to a quickfire double from Rodrygo and a Karim Benzema penalty.

Guardiola was questioned after the game if history had a role in their latest elimination from the tournament.

“It’s a competition to see who can score the most goals.” They also got more points.

“I experienced some unpleasant losses in the Champions League, including a loss to Barcelona versus Chelsea. I can’t deny that things are difficult for us. We were very close to one other. In the first half, we didn’t play very well. But in this rivalry, it’s to be expected.”