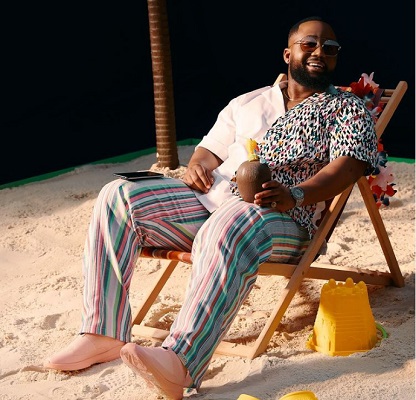 South African musician and businessman, Cassper Nyovest has vowed to come back harder in the scheduled boxing rematch with NaakMusiq. He is also affirmed that he is not a quitter and that he will not be like other boxers who quit.

He also accused the judges of not putting things right in the boxing match against NaakMusiq that saw him defeated.

“Lol… Too many weird things if you re-watch that fight… Those judges weren’t even announced before the fight as usual protocol. Anyone who knows and watches boxing knows wassup. We will fix it at the rematch doe. Hopefully, that can be concluded soon. I’m coming back harder.”

“Crazy shit. This is the reason some boxers quit but I’m not a quitter. I know exactly what happened and I’ll be back. I will make sure that shit doesn’t happen to me again and that people losing their money like that too is wrong. More reason to train harder and get this rematch done.”

Cassper claimed that the judges ignored a few punches that led to NaakMusiQ’s knockdown.

“Yup. That was a knockdown and the referee ignored it. I watched again and saw a lot of weird things. The last 10 seconds being cut off, the commentators acknowledged the knockdown but the judges and the referee were Stevey Wonders on the night. The fight wasn’t even scared. How? Why? Lol.”