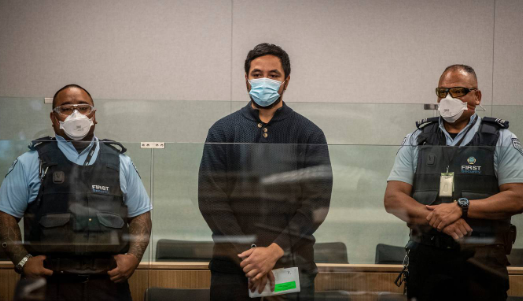 The 30-year-old suspect  Daniel Havili who killed prominent MMA fighter Fau Vake during an attack in Auckland’s CBD has been sentenced to two years and nine months in jail, only months after his untimely death.

According to reports, Daniel Havili was a mediator of sorts during the event, standing between the Vake brothers and Havili’s three co-defendants, as Justice Sally Fitzgerald pointed out before delivering his two years and nine months sentence today in Auckland’s High Court.

But it was the defendant’s final strike that knocked Vake to the ground, striking him in the skull and triggering a brain bleed that led to his death days later, according to the judge, who said he had seen the CCTV tape of the argument several times.

“Despite the fact that he was facing you, he had no chance to dodge the punch,” the judge stated.

“You were not in any danger from him.”

According to court records, Vake, whose full name is Lifau Tu’iha’aingana Vake, was with his brother Ika Vake on Symonds St at 2.15 a.m. on May 16 last year when they were confronted by four individuals.

At City Kickboxing, Fau Vake was recognized for training with New Zealand’s greatest martial arts warriors, but the brothers were outnumbered, according to officials.

Nine days after the tragedy, he was taken off life support at Auckland City Hospital.