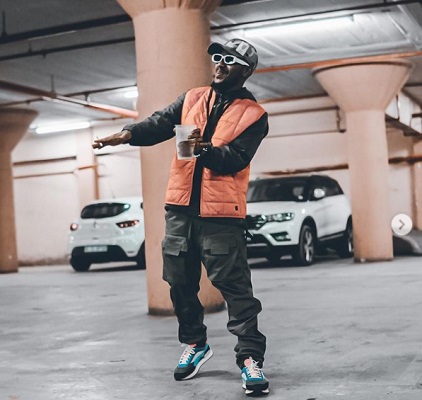 Self-acclaimed amapiano, Kabza De Small lost control of himself and also engaged in a fight with a male fan at his show in Bostwana.

In the video which surfaced only today, the amapiano disk jockey and music producer was leaving the stage while Djying and angrily walked straight to the man who was trying to disrupt his show.

Kabza’s motivation is unknown, however, a few guys interfered, preventing him from achieving beating up the young man.

The unnamed individual was observed fighting with other people before the DJ got involved, thus it’s suspected that the fan provoked the DJ during his set.

South Africans are split on the video, with some finding it amusing and others defending the music producer, claiming that he is a gentleman who was provoked.

Watch The Clip Below:-

Kabza de Small almost beats up a fan during his set in Botswana. pic.twitter.com/GSVL6bVYVH