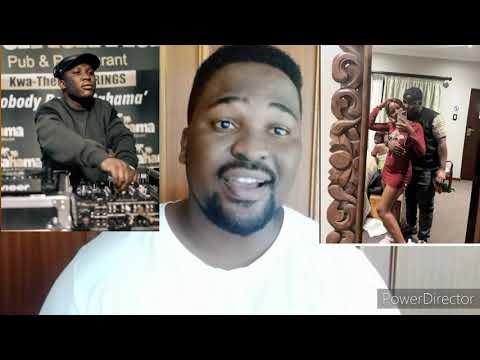 The music star was accused of dating an underage girl, a most likely incident he was dragged into the last year 2021.

The name of the girl has yet to be revealed, but she has the appearance of a teenager, which has alarmed many people who fear the DJ is a predator.

Reacting to the story, Podcaster Slik Talk stated that Busta 929 who is going R Kelly way will surely see himself in jail for his behavior.

“You’ve been moving weird for a while now.
At this point you are begging to go to jail, there is space for you there…
There is no defending this my nigga”

“If you think you’ve made it and there’s no way you’re going to jail, there is space for you there. I just saw that photo of Busta 929 and that minor and it is distasteful, it is damn near disgusting and this is the second time, that’s what’s worse.

“Trust and believe you will go behind bars this is not the 90s or the 2000s these girls are young and impressionable, they want to make it at all costs They will not be young forever and at some point, if they do not make it, they will expose you and all it takes is one Instagram video and it’s curtains for your career. You’ve been moving weird for a while now.”