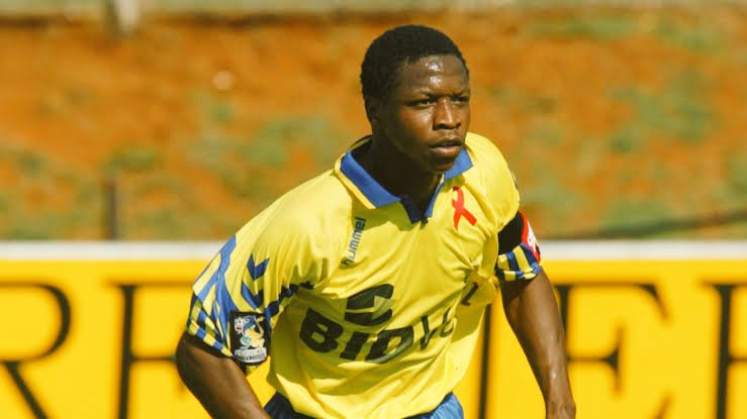 After being hijacked over the weekend, the former Zimbabwean international football player was discovered dead in Mzimhlophe, Soweto.

Yohane, who played left-back, was a driver for @Boltapp za, according to friends.

In South Africa, the 48-year-old played for CAPS United and Wits.

“We hope that law enforcement will act quickly to apprehend the perpetrators and provide closure to the family.” Yohane was a popular football player, and it’s shocking that his life was snatched so cheaply.”

Stanton Fredericks, a former Wits teammate, believes Yohane had the potential to become one of the top coaches in Mzansi.

“On and off the field, Charles was a consummate professional. He was hesitant at first, but as you got to know him, he had a terrific sense of humour and would crack jokes,” he recalled.

“He’d take money from his pocket and give it to kids to help them go about and purchase snacks. The squad would not have survived if it hadn’t been for him.”

Edelbert Dinha, a Zimbabwean, is still coming to grips with the murder of a fellow countryman.

“I have fond memories of us playing together with the Zimbabwean national team and in South Africa,” he remarked.

He expressed his want to meet him again.

“A case of murder was started and the police are hunting for suspect/s after a 48-year-old former soccer player was found with gunshot wounds in Soweto on Saturday, 12 February at around 10 pm,” said Gauteng police spokesman Lieutenant-Colonel Mavela Masondo.

“A member of the public alerted police to a man lying on the pavement on Soweto Highway in Meadowlands.

They discovered a man with gunshot wounds to his upper torso when they arrived. The paramedics pronounced him dead, The reason behind the killing is not yet known.