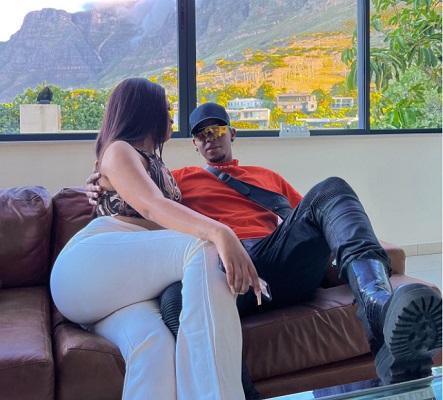 There is love in the air and South African celebrities love birds, Benny Afroe and Cooper Pabi will share their love life with their fans as they announce their new upcoming single.

Recall that the two were rumored to have parted ways some months ago but it seems it was carried out by rumor mongers as the two have now revealed their relationship is still intact.

Though Cooper had some time ago opened up on how Benny broke their bond and it was also observed that they stopped following each other.

However, the two are set to drop a bomb on the 11th of February, and the song has obviously dismissed the rumor.

They shared videos of them in the studio in cozy positions.