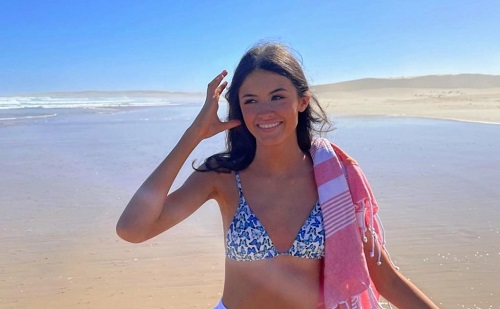 After striking and killing Olivia Sieff, 18, outside Tin Roof, a 33-year-old woman has been taken into custody by police.

Olivia Sieff, according to sources, died after apparently being hit by a car outside Tin Roof, one of Claremont’s most prominent nightclubs, on Saturday, January 29.

Sieff, who is thought to be signed with Boss Models, was said to have been having a good time with her pals, laughing and chatting with them before heading home.

Friends said they were traumatized after seeing the entire scenario that led to Sieff’s death.

As per News24, the 33-year-old lady was arrested for the hit-and-run that murdered Sieff and made an appearance in the Wynberg Magistrate’s Court today.

Lieutenant Colonel Marnus Fourie, Vispol Head of Claremont Police Station, reported that police arrived to the location after receiving a complaint and discovered the 18-year-old Sieff deceased on the Main Road.

According to IOL, provincial police spokesperson Sergeant Wesley Twigg stated the driver of the car that hit Olivia left the scene and a culpable homicide case was opened.

Fourie stated that local CCTV video was retrieved in order to track down the suspect, adding that “the automobile that was involved was recognized and the vehicle was traced on Tuesday 1 February.” As a suspect, the motorist was apprehended and held at the Claremont Police Station. Claremont detectives and City of Cape Town law enforcement officers worked together to make the arrest.”

The car was impounded for forensic investigation, and the lady was charged with culpable murder and leaving the scene of the collision by the court on Thursday, 3 February (hit and run).