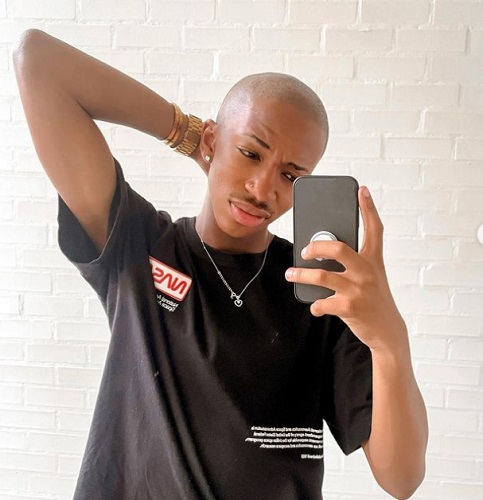 Lasizwe latest picture on social media has sparked unusual questions from netizens. The South African media personality shared a picture of his swollen and tweeted “My feet are officially swollen”.

Some speculated that he may be pregnant, because swollen feet are almost generally, if not always, associated with pregnant women.

But, given we already know that Lasizwe becoming pregnant is extremely unlikely, there’s no way to explain why his tweeps would say such things.

Many people were unsure whether or not these were Lasizwe’s feet even after viewing this photo.

Well, Lasizwe revealed in yet another tweet that those are really his feet, and let’s just say that this has put him in even more hot water.

My feet are officially swollen. pic.twitter.com/IwRQnsQmn1