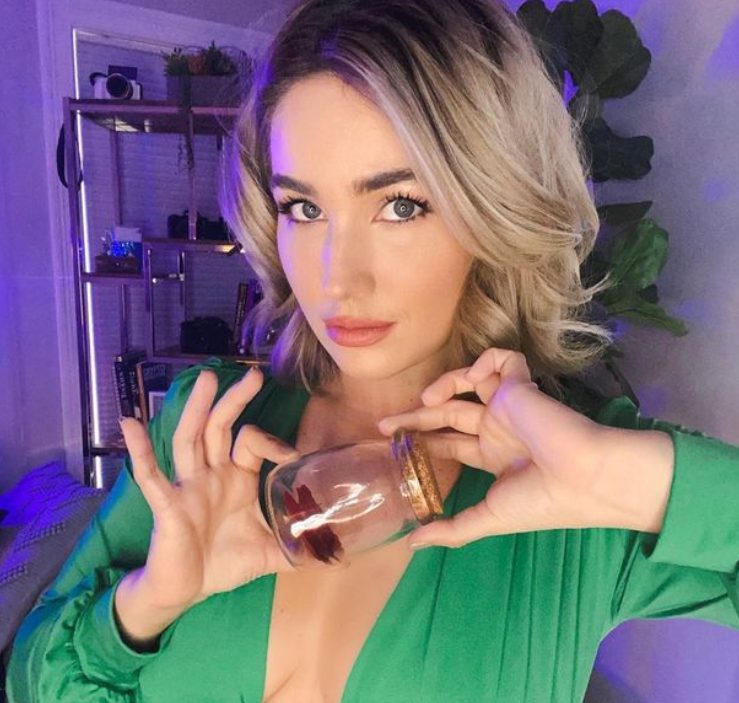 Stephanie Matto is trending because she has made a stunning sum of £147k by selling her farts in a jar, but her strange endeavor is about taking her life.

The young woman who made millions of pounds by selling her farts in a jar has disclosed that the unique enterprise has led to death threats from online trolls.

Stephanie, who has over 290,000 Instagram followers, recently tapped into her online fan following when she decided to collect her farts in jars before selling them in an expensive exchange online, according to reports.

However, the model was forced to halt her strange new job soon after she began when she was taken to the hospital after being too gassy.

Stephanie has now disclosed on the I’ve Got News For You podcast that her profession has exposed her to threats from online trolls.

“There have been individuals pestering me and creating many accounts. “I block people and try not to interact because responding to these trolls is the worst thing you can do since that’s what they want,” she stated.

“However, there are folks who create accounts after I block them and continue to email me stuff on a daily basis.”

“It’s a bummer because sometimes I simply wake up on the wrong side of the bed, and I read something like that and it doesn’t help.”

“As a result, it’s taken a toll on my mental health, and I’ve just had to strengthen my backbone.”

Stephanie confessed that the idea came from her followers’ wishes, despite the negative remarks she received online.

“I’ve always been in this world,” she added, “and I’ve gotten a number of unusual requests over the years, one of which has been guys asking to smell my farts.”

“And I used to think it was just jokes, people making fun of me, or an exaggeration, but one day out of boredom, I decided to make a batch of fart jars to see if they would sell, and much to my surprise, the first batch I sold on my site ran out.

Stephanie next gave a demonstration of how she captures her scents, saying how she discovered that utilizing flowers helps to emphasize the perfume the most.

Stephanie claimed that she hopes to create a line of fat jar candles ahead of Valentine’s Day after retiring from full-time employment following her health crisis.