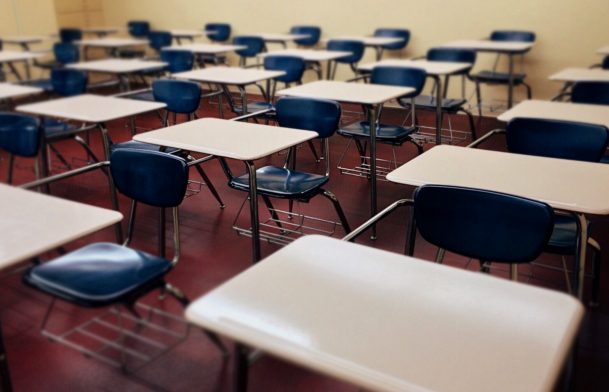 Everything You Need To Know About School Re-opening In South Africa For 2022 Academic Session:

Many people want to know when all of South Africa’s schools will reopen for the new academic year and for the year 2022.

We’ll attempt to be as helpful as possible with the limited information we’ve been able to obtain so far on school reopenings around the country.

When it comes to school openings, the situation varies greatly depending on which province you live in. The dates for the 2022 academic year are listed below.

Learners in coastal provinces in provinces such as the Eastern Cape, Western Cape, KwaZulu-Natal (KZN), and Northern Cape will return exactly a week later on 19 January 2022.

The Education Department has justified these dates as their way of accommodating people who may have travelled during the holidays.

Due to the impact of the third wave of Covid-19 infections, the reopening of schools was postponed by several weeks in the preceding academic year.

However, in a briefing in parliament, Basic Education Minister Angie Motshekga stated that these dates would be dependant on the Covid-19 epidemic.

The Education Department has planned for a “regular” school schedule in 2022.

The department will revive the traditional “staggered” open dates for both interior and coastal regions in the 2022 school year, which formerly accommodated individuals returning home after vacations.

On Wednesday, January 12, 2022, students at inland schools in Gauteng, the Free State, Mpumalanga, Limpopo, and the North West will return to class.

Meanwhile, allegations surfaced on Monday that the teaching union had scheduled a meeting with Covid-19 academics to “discuss further schooling in 2022.”

On Friday, representatives from SA’s five teacher unions will meet with Shabir Madhi, a vaccinology professor at Wits University, to obtain an update on the Covid-19 epidemic and its consequences for education.

On Monday, schools in the inland provinces of Gauteng, the Free State, Limpopo, Mpumalanga, and the North West reopened for teachers.

The purpose of Friday’s discussion with Madhi, according to Basil Manuel, executive director of the National Professional Teachers’ Organisation of South Africa (Naptosa), was to obtain an update “so that we can talk more about education 2022.”

“We’re having difficulties with learning losses, and we’d like to see as many of our children in school full-time as possible.” But it can only happen if the other safety precautions are in place.”

He acknowledged that all schools will be unable to meet the 1-metre social distance criterion in the classroom.

“We have to wonder if rotating classes are still justified.”

While former Model C schools were able to reopen their doors to all students last year due to the addition of extra classrooms and instructors, many students at no-fee schools were still on the rotating schedule.

“An information-sharing discussion about where we are in the epidemic and the ramifications for schools,” Madhi affirmed.

Meanwhile, Tidimalo Chuene, a spokeswoman for the Limpopo education department, said data on the percentage of schools that would continue to use a rotating schedule is still being processed.

“The vast majority of candidates for admission have been assigned to institutions,” she stated.

“However, there are learners who have yet to be placed, particularly in our more metropolitan regions. Since last week, our circuit offices have been working with schools to help unplaced students.”

She stated that her infrastructure team had assessed 22 storm-damaged schools and that repairs had been completed at three of them.

“For individuals who have suffered considerable harm, additional procedures are being considered. These include the provision of movable classrooms as needed.”

Jasper Zwane, the Mpumalanga education spokesperson, said there were 32,637 teaching positions for 1,671 schools.

He claimed R105 million had been handed to schools for Covid-19 personal protective equipment.

“In November/December 2021, all schools received learner/teacher support material (LTSM).” By the 12th of January, all students must have their stationery.”

At a cost of R771 million, he said 54,249 students would be supplied with transportation to school and 920,110 students will benefit from the school meal program.

According to Zwane, a new school will be built in extension 24 of the Steve Tshwete district, employing mobile classrooms, and 40 classrooms are being built at four schools in Mbombela.

The Gauteng education department stated on Friday that 276,564 candidates for Grade 1 and 8 online admissions had been placed, while 1,465 remained unplaced.

According to Steve Mabona, a spokesperson for the Gauteng education department, more than 17,000 candidates did not submit all of the required supporting papers.

“These are deemed unsuccessful applications. However, the system is open for them to upload and choose available schools,” he said.

He said the department had prioritised the finalisation of 866 appeals received since the placement period started last year.

“These appeals are the result of applicants who could not be placed at their desired school.”

He said the outcome of the appeals would be communicated to applicants by Monday, January 10.

Parents will still have the option of applying for a place at a school as the late registration process will start on January 12.

Mabona said the department was constructing more classrooms “to deal with the pressure of placement in high-pressure districts”.

The department transferred R240m to schools for the construction of 229 classrooms in primary schools and 270 in high schools.

Basic education minister Angie Motshekga will hold a media briefing on the opening of schools on Tuesday.