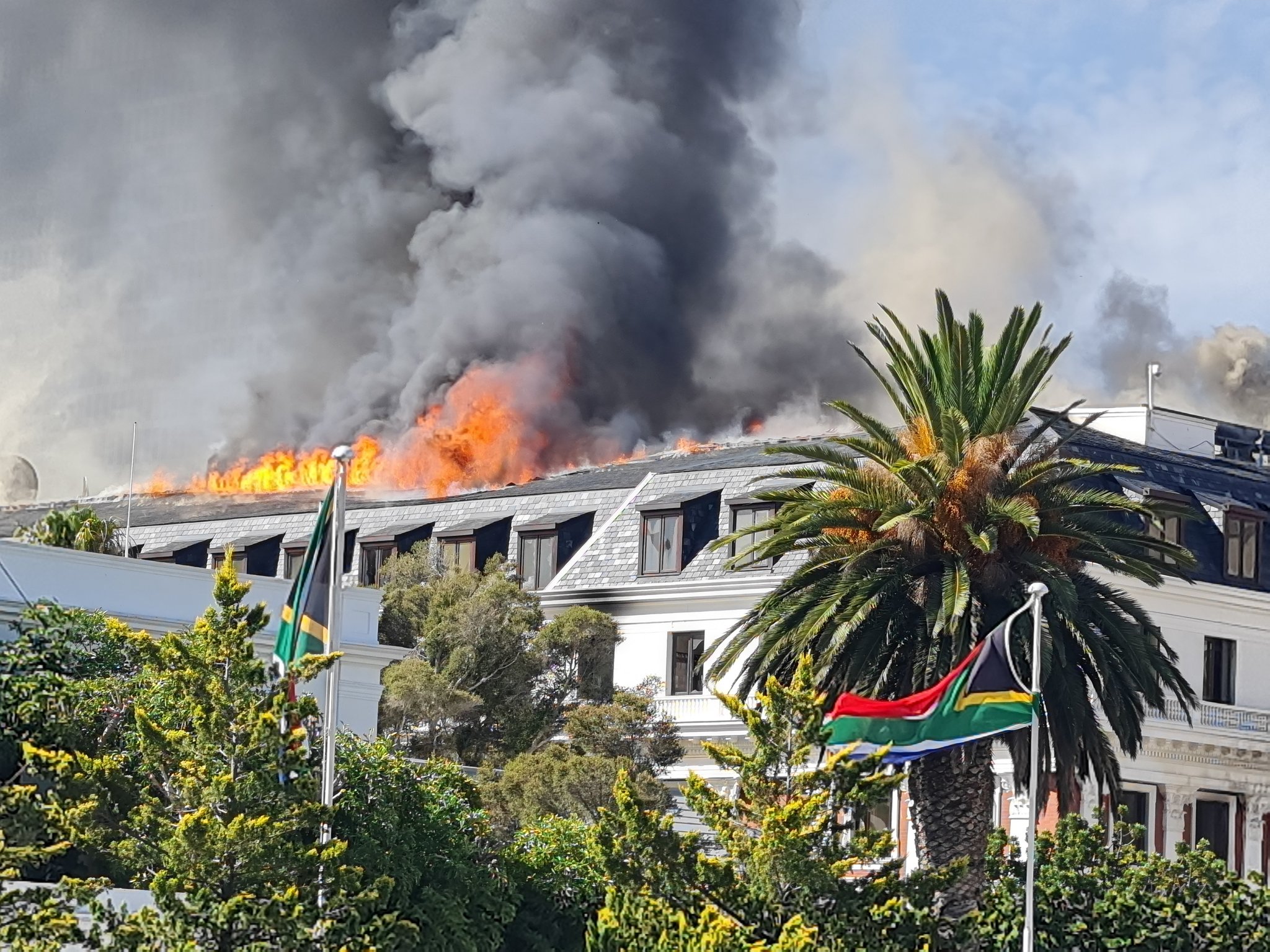 The fire that destroyed parliament in Cape Town on Sunday has flared again, this time “engulfing the whole roof.”
This happened just after the arrest of a suspect allegedly linked to yesterday’s fire at Parliament, there’s been a sudden re-emergence at the roof of the National Assembly.

Firefighters are yet again battling to put out the fire.

#BREAKING The City of Cape Towns fire and rescue services have confirmed that the roof of parliament is on fire. @News24 @TeamNews24 pic.twitter.com/WcDqDQRmtz

“The fire has resurfaced and is now devouring the National Assembly’s whole roof.” “It’s unexplainable,” he added, “since we believed it was entirely gone.”

Jermaine Carelse of the Cape Town Fire and Rescue Service said that the fire had “flared up.”

“The gap under the National Assembly’s roof covering is on fire.” There are six fire engines on the scene, as well as the Roeland Street fire station’s hydraulic platform.”
According to him, there were 34 firemen on the site.