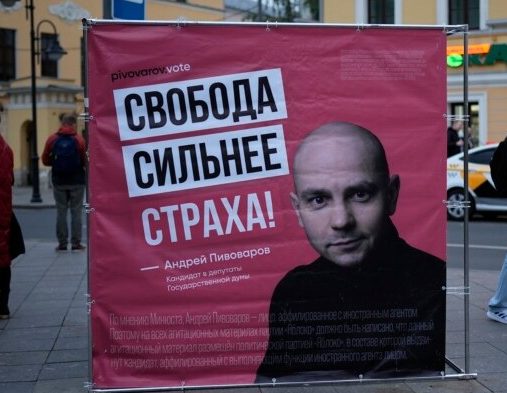 The Supreme Court of Russia has declined to extradite Andrei Pivovarov, the former director of Open Russia, to his hometown of St. Petersburg to face charges of managing an “undesirable organization.”

He is being imprisoned in Krasnodar and will be prosecuted there, despite the fact that he has no ties to the city.

Andrei Pivovarov, the imprisoned former executive director of the pro-democracy Open Russia campaign, has been charged with leading an “undesirable” group, an accusation based on a six-year-old statute that has been used to silence critical voices on numerous occasions.

On October 11, Pivovarov’s team announced on Telegram that the allegation arose from 30 postings and one repost on his Facebook account.

Pivovarov reportedly commented badly about employees of the Federal Security Service (FSB), condemned police tactics, and backed demonstrators in some of the tweets in the issue.

According to his defence team, if convicted, he may face up to six years in jail.

Pivovarov was seized after being taken from a Warsaw-bound plane just before takeoff from St. Petersburg in May. He has denied any involvement.

He is being detained in jail until his trial.

After authorities labelled Open Russia as an “undesirable” organization, its leaders disbanded the organization in late May.

They said they did so to defend supporters from Russian authorities’ “harassment.”

The “undesirable organization” law, passed in 2015, was part of a slew of rules pushed by the Kremlin that tightened the screws on numerous non-profits and non-governmental groups that received funds from outside, mostly from Europe and the United States.