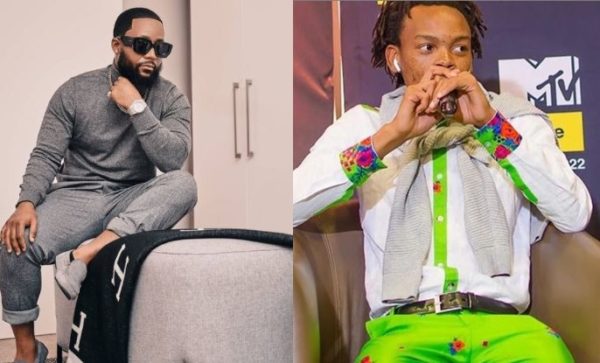 Cassper Nyovest’s recent birthday was the talk of the town as many South African celebrities stormed the party scene in their expensive and luxurious cars. One of the things that made the birthday noticeable was the new Mclaren Car Cassper Nyovest gifted himself.

For his birthday, he splurged on McLaren to celebrate his success and thank himself for his hard work and dedication.

Cassper claims on Ownership of the car got the attention of Podcaster, Nota who said the rapper lied about buying the car.

Nota during his live podcast claimed that Cassper Nyovest didn’t buy the car, he suggested that he was only promoting it for a car company.

He said that the brand only works with “the likes of” Black Coffee and DJ Euphonik.

Nota further suggested that the promotion is unpaid so that Cassper’s only reward is that he gets to drive around on the expensive side as a class icon.