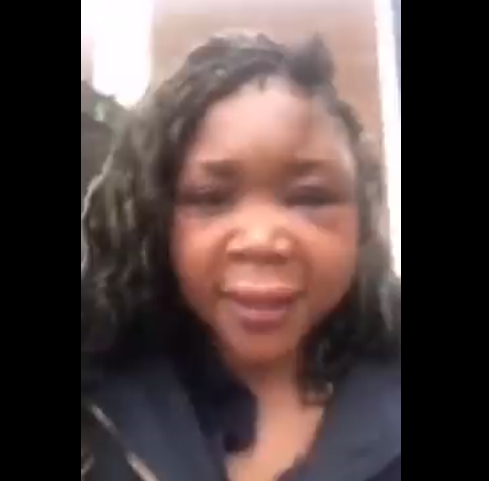 A Pretoria woman has called out the police for releasing her abuser in a new video.

The video which has already gained too much traction on social media had the woman bemoaning police lack of trust and allowing her abuser to go scot-free.

In the clip taken outside a Pretoria police station, the woman, whose face was visibly bruised, speaks of her abuse and accuses her partner of making life a living hell for her.

She made claims that she has opened cases against him a number of times, but he has still never been brought to justice – something she largely blames police for.

She said when she had to open her last case of abuse against him, she drove to the Mamelodi Police Station on Saturday evening, but lo and behold, it was closed. She was forced to head to the Silverton Police Station.

“My abuser is roaming on the streets as we speak. The police did nothing, nothing to help us. When we walked in here they were grovelling to him like a king and I knew something was going to happen. I opened multiple cases, reporting this person. He is making my life a living hell,” she says in the clip.

She goes on to plead with Police Minister Bheki Cele and his Justice counterpart Ronald Lamola for assistance with her plight.

Many South Africans voiced their anger at the lack of justice, particularly for women who are abused.

The government has often faced fierce criticism for failing to protect women from their abusers and often condemning incidents when it’s too late – when the victims have died at the hands of their attackers.