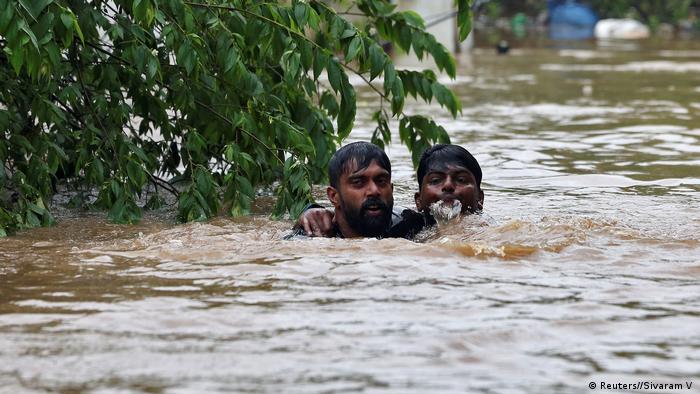 A sudden flash flood has claimed at least 30 lives and rendered many people homeless in the South Eastern part of India.

Rescue teams pulled out a dozen bodies after three buses were washed away in Andhra Pradesh state on Friday.

At least 18 other people were still missing, media outlet The NewsMinute reported on Saturday.

The country’s MET agency has warned of unpredictable and extreme weather across South Asia driven by climate change, exacerbated by damming, deforestation and excessive development.

Dozens have died since October in India after heavy rains triggered floods and landslides.

On Friday authorities in the state halted entry to Sabarimala, one of Hinduism’s holiest shrines, due to heavy rains in the area.

Hundreds of devotees have been making the trek to Sabarimala since the shrine opened last week for the annual two-month-long pilgrimage season.

Rising water levels in the Pamba river, considered holy by the pilgrims, forced officials to stop devotees for a day, the Hindustan Times newspaper reported Saturday.