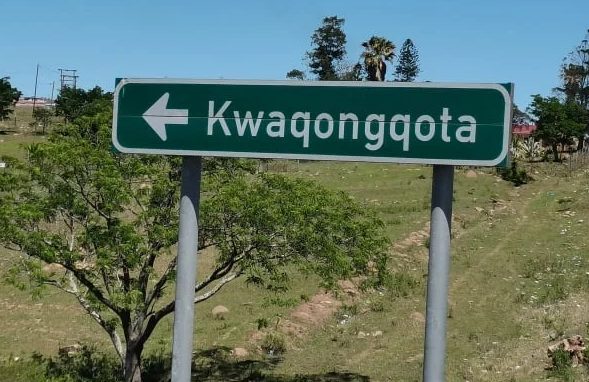 Community residents in Kwaqongqota are living in fear after a man was attacked by an alleged werewolf.

The man’s body was discovered near a river last month with horrific bite marks.

The victim’s heartbroken family, however, has dismissed claims that he was killed by wolves rather than saying that the victim, Diesel Michael Makambi, 59, was attacked by three pit bulls near the Buffalo River on 25 October.

Makambi was buried this past weekend, but claims of a werewolf on the loose have not died down.

Residents of Kwaqongqota Village, along the R102 between Mdantsane and Qonce, are living in fear after rumours spread like a wildfire on social media that Makambi and another unknown man were attacked by a werewolf.

People have warned friends and family on social media posts to steer clear of Kwaqongqota because of the bloodthirsty creature that is reportedly lurking in the area.

A popular Qonce running club warned its members to immediately refrain from jogging near the area until the werewolf has been captured or killed.

One warning was even accompanied by a sketch, a man with wolf-like features, which was lifted from the internet.

According to News24 who visited the village to investigate the reports and spoke to the family of one of the two men supposedly killed by the werewolf.

She said the death of her son, a father of four, took place a week after she had buried his younger brother, Mbuzeli Makambi, 52 who died from an illness.

“I am heartbroken. To lose two children a week apart is painful but what can I do? I am trying to accept the situation,” Nongenile told News24.

The incident happened in a section known as Kanana in Kwaqongqota.

She said her injured son was found by some children.

“Before he passed on, he managed to tell the boys that he was attacked by three dogs and pleaded for help. We heard that a woman had seen my son being attacked by the dogs and screamed for people to rescue him but by the time the boys got there, it was too late.

“The dogs tore my son into pieces,” Nongenile added with a quivering voice.

The victim’s sister, Thobeka Daniso, said her brother’s body had two deep wounds on the right and left side of his neck.

“He also had a wound on the forehead. The flesh was missing on the legs, you could see the bones,” added Daniso.

The Makambi family called on the police to hold the owners of the pit bulls accountable for the incident.

The Eastern Cape Department of Health confirmed its forensic department had performed a post-mortem on his body to establish the cause of death.

However, department spokesperson Yonela Dekeda said it could not disclose information as the incident was under police investigation.

“A murder docket has been opened for investigation by Ndevana police following the discovery of the body of Michael Makambi on Monday, 25 October at about 8 am.

“According to witnesses, the deceased told them that he was attacked by wild seadogs [iintini]. The docket will be taken to the senior public prosecutor for a decision and might be changed to an inquest,” Mbi said.

“People must understand that a family is grieving, therefore we must be very sensitive about things we say. People must refrain from spreading this werewolf myth, as it has the potential to upset the family. There is no werewolf,” she said.

Faku added the pit bulls that reportedly killed Makambi were from nearby Phakamisa Township.