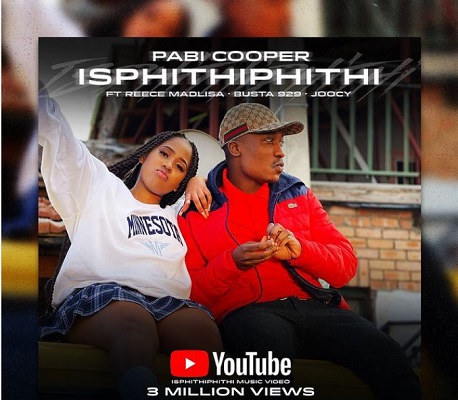 Pabi Cooper, One of the South African songstresses whose musical success skyrocketed this year 2021 following the release of her hit song has made the headline once again after achieving a milestone.

The music star took to her official Instagram page to announce to her fans that her 2021 viral song “Isphithiphithi” has been watched 3 million times on Youtube, a success which she says is worthy of celebrating.

The song was originally released this year and had the likes of Reece Madlisa, Busta 929 and Joocy featured on it.

Sharing the news of her Instagram page, Pabi thanked her fans who were ever in support of her musical career from the onset.

“Isphithiphithi just hit 3M on Youtube. GUYS THANK YOU SO MUCH,” she wrote.