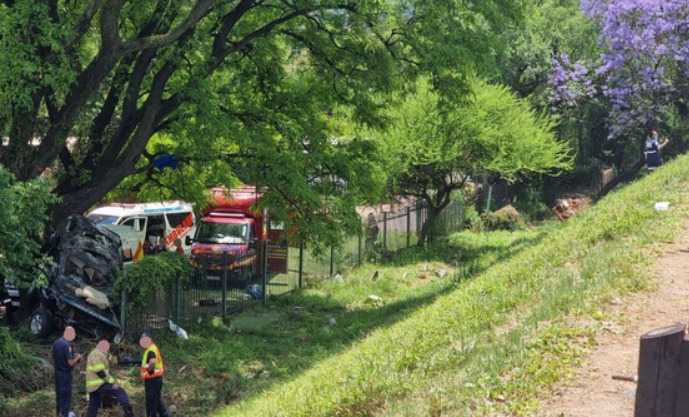 At least four persons have lost their lives and many are sustained injuries after a Land Rover with over 15 passengers crashed on the N1 North in East Lynne, Pretoria on Tuesday morning.

Reports say the driver of the powerful SUV lost control and apparently crashed off the busy road leaving four of the passengers dead.

Netcare 911 spokesperson Shawn Herbst said many of the passengers including small children, were ejected from the vehicle during the crash before it landed on a property near the freeway. 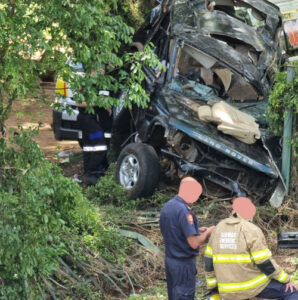 “At 10.27 on Sunday morning, Netcare 911 responded to a collision on the N1 North in East Lynne, Pretoria. Reports indicate that the driver of an SUV lost control, resulting in a rollover down an embankment, ejecting passengers in the process,” he said.

Other emergency services, including the City of Tshwane’s fire and rescue services, the South African Police Service, the Tshwane Metro Police Department, also responded to the scene.

“Medics assessed the scene and found that the vehicle had come to rest in a neighbouring property, with a staggering fifteen occupants scattered across the scene. On closer inspection, four occupants had sustained fatal injuries and were declared deceased on the scene,” said Herbst.

“Five children had sustained serious injuries. The most seriously injured was flown by ambulance helicopter to hospital. Another six occupants had sustained moderate injuries.”

Speaking further Herbst said the fire and rescue services had to use hydraulic tools to free some of the occupants trapped in the vehicle.

“All the patients were treated on scene, and once stabilised, were transported by various ambulance services to the hospital,”