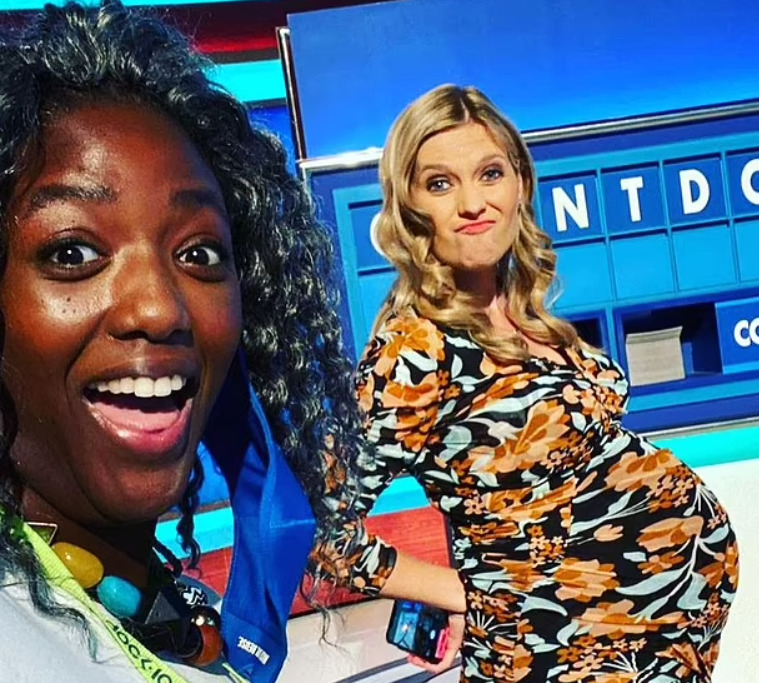 British television presenter Rachel Riley slides more insights on why she miscarried two of her pregnancies.

The 35-year-old co-presenter of the Channel 4 daytime puzzle show Countdown and proud mum of a 23-month-old baby girl, Maven is pregnant again.

During an exclusive interview with OK Magazine, Rachel revealed why she planned to have another child soon after welcoming her first daughter Maven with her husband Pasha Kovalev. 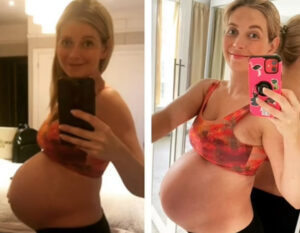 She is 35-years and considered Biological: – ‘At 35 I’m considered old biologically. I had a miscarriage between the two pregnancies, so you can’t count your chickens. Thankfully, I seem to get pregnant easily which I don’t take for granted.’

Rachel told OK Magazine about how both pregnancies have been ‘plain sailing’, but is suffering from acid reflux during the final stages of her third trimester. 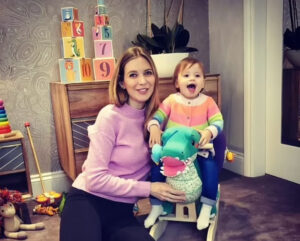 With Rachel’s due date imminently approaching, the star discussed her birthing plan and revealed they were planning on home birth.

‘We’ve planned a home birth because my daughter Maven arrived so quickly the midwives said, “Don’t even try to make it to the hospital this time”, Rachel said.

‘The first time round the midwives arrived with just 20 minutes to spare and I gave birth in our bathroom.’

Describing her labour, Rachel said she was pleading with Pasha to ‘get the baby out and when the doula arrived ‘Maven’s head was emerging’.

Last month, Rachel celebrated her final day of filming for Countdown before going on maternity leave.

She took to Instagram to share the news with fans saying she has ‘officially finished filming to pop a baby out!’.