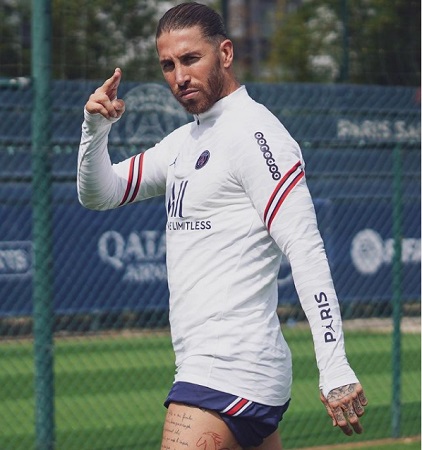 Paris Saint-Germain (PSG) in a new statement released a day ago confirmed that Spanish defender, Sergio Ramos will not playing in their upcoming clash against the rivals, Angers.

According to the club in a statement released on Thursday which was made available to Latestnewssouthafrica, the soccer star is expected to continue his individual sessions with the medical and performance staff to ensure he fully recovers.

The statement read, “Sergio Ramos will continue his individual sessions with the medical and performance staff for another 10 days with a view to returning to full training.”

Mauricio Pochettino’s side will play against Angers in a French Ligue 1 tie at Parc des Princes on Friday night.

PSG head to the game following a 2-0 defeat to Rennes in their last Ligue 1 tie on October 3.

They currently sit on top of the Ligue 1 table with 24 points from 9 games.