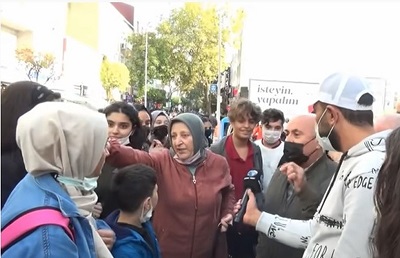 About seven refugees have been detained and set to be repatriated in Turkey following an alleged banana video they released on social media.

Speaking on the matter, The General Directorate of Migration Management said that the seven refugees have been detained for “provocative social media posts” and will soon be deported.

In an interview in Esenler, İstanbul on October 17, a man claimed that refugees are financially more comfortable than locals and said, “I can’t [afford] bananas.

They buy kilos of them.” There was also a refugee woman among the interviewed, who said, “I’m a Syrian, too. I’m a student here. If there wasn’t a war in Syria, we wouldn’t have to come here. There is nothing we can do.”