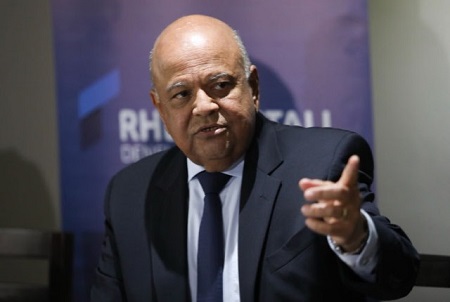 South African Public enterprise minister Pravin Gordhan has refuted blames from the critics over the unexpected breakdown of power managed by the Electricity Supply Commission.

The minister while speaking on Wednesday reacted with a harsh stint after the African National Congress issued a bold statement questioning the credibility of leadership skills and management style of the top leadership of the company.

He blamed Eskom current situation on previous corruption that brought problems at the power utility.

He said: “I don’t think the issue here is not to be playing blaming game, we have to state facts, that Eskom was a prime target of corruption and state capture,” said Gordhan.

“State capture spoke vividly of manipulation of contracts and lack of accountably, as the Zondo commission revealed that, there was a far-reaching damage at the institution involving previous operations of the institutions,”

Duarte on Wednesday during ANC’s barometer launch, publicly criticised the minister’s administration in Eskom tribulations saying that this action is unacceptable, “you cannot pull a statement like this, without giving us a reason as our people have businesses to run, and children to feed, this goes to both Gordan and de Ruyter,”

Gordan has reassured the public that from Thursday and on Friday, a few more units will be restored to the system for operation.

He said this will result in a downgrade from a level 4 to a level 3, while he further advised that there will be no load-shedding on election day.