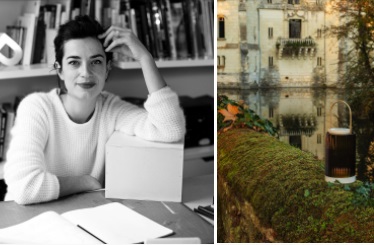 A post made on Facebook confirms that popular Paris-based designer, Pauline Deltour has sadly passed away. Pauline, the first Tolix woman designer was reported to have died on September 9 2021.

The Home Decor “Trudon” took to their official Facebook page to confirm the passing of Pauline and also sent their heartfelt condolences to the family.

It is with deep sadness that we have learned of the passing of designer Pauline Deltour. Pauline was a talented and truly elegant human being. She was a friend of Trudon and an invaluable contributor to our success. She created among others our glass caped fragrance bottle and the iconic diffuser « La Promeneuse ». More projects were in the works. Our thoughts go out to Pauline’s family. She will be terribly missed.

Few Things You Need To Know About Pauline Deltour

In 2010, Pauline Deltour established her own eponymous studio in Paris. Her works sprawl in a wide range of scales, from furniture to public spaces, her creations blur the boundaries between design and art.

In 2015 she was named as one “Wallpaper magazine’s Top 20 Under 40”. Deltour’s Fine Bluetooth speaker for Lexon also received a Red Dot Design Award.