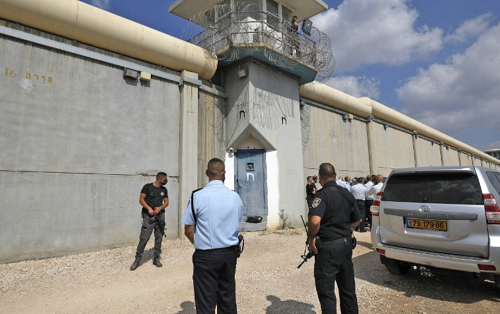 Fear grips many Palestinian detainees in all Israeli jails following a prison break in the northern part of the country.

According to a Palestinian official on Tuesday said punitive measures has been established against Palestinian prisoners after inmates managed to escape after tunnelling their out of the high-security Gilboa prison on Monday.

Speaking on the matter, Hassan Abd Rabbo, spokesman for the Palestine Liberation Organization (PLO)’s committee for prisoners’ affairs revealed that Israeli authorities transferred all detainees from Gilboa prison to other detention facilities while placing most of them in solitary confinements.

Mr Hassan went further to say that the senior Palestinian prisoners in Gilboa prison have since Monday been under investigation by the Israeli intelligence.

“The punitive measures were not only limited to Gilboa prison but affected all the prisons,” Abd Rabbo added.

Other punitive measures include denying detainees the right to meet their families and lawyers, reducing the period of daily breaks to one hour, and closing the prisoners’ store from which they purchase their own needs.