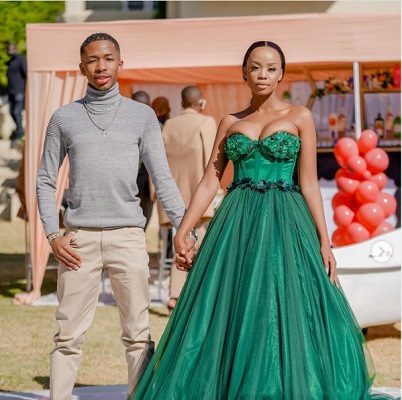 Lasizwe has gotten eyes poping after he was spotted grabbing Ntando Duma’s boobs at a public event. The boobs grabbing by Lasiwe was at Ntando’s 26th birthday party.

This is not the first, Lasiwe has done such, recall a year ago he once cuddled Mihlali’s boobs.

However, many were shocked at his display at Ntando’s 26th birthday party.

Taking to Instagram, the YouTuber shared photos from the birthday and he included where he touched the actress’ breasts.

“Dear Ntando, I LOVE YOU, ALWAYS AND FOREVER,” he captioned the post.

While some found it funny, others expressed shock, questioning his gut.

“She let you touch her things?” a fan said, while others flooded the comment section with laughing emojis.