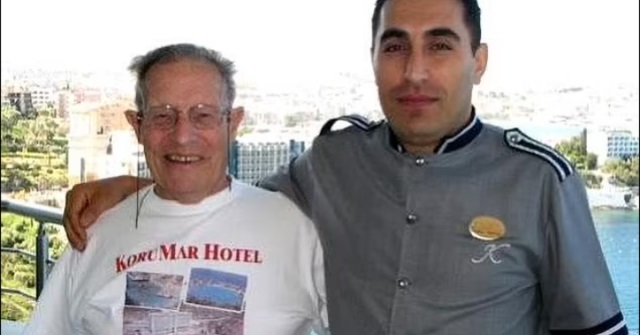 Change is said to be constant, The life of a hotel worker has unexpectedly turned for good after a Richman decided to rewrite his will, leaving for the hotel worker identified as Taskin Dasdan a whopping amount of £200,000 (Over 3M Rand).

According to DailyMail, the rich man had written his will, leaving the hotel worker, Taskin Dasdan with £200,000.

Taskin who is a bellboy had met the rich guest Charles Gorge Courtney at the hotel where he works and they gradually became close.

Charles always stays every year at the Korumar Hotel De Luxe whenever he visits the country, and that was how the two met themselves, Daily Mail reports.

However, when the British hotel guest died this year, his family was surprised that a major part of his fortune was willed to the Turkish hotel worker, Taskin Dasdan.

Taskin told the Turiz Majansi: “He treated us as if we were part of his own family. He even contributed to the education of my children…Of course, we were emotional.”

Though the amount he left for the Turkish hotel worker wasn’t revealed, it was gathered that the fortune is big enough to take care of all Taskin’s needs without him having to work again in his life.