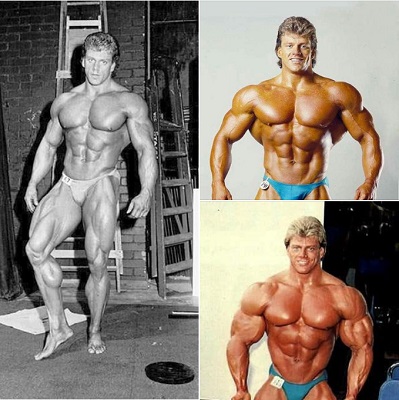 As per information we received through social media, Legendary bodybuilder, Matt Mendenhall has passed away at the age of 61. Matt Mendenhall who was considered by many to be greatest amateur never turned pro was reported to have died on August 28 2021.

His cause of death has not been made known to the public as at the time of filing this report.

Matt Mendenhall. (AKA. Mr. Genetics) was one of the most promising youngsters in 1982 along with Lee Haney. He’s considered the greatest bodybuilder to have never turned professional. Matt has a list of unfortunate illnesses that stopped him from reaching his peak and earning his pro card.

As a bodybuilder, he had a huge accomplishments to his thighs, at the early stage of his career, Matt got the backing from his family and school sport teacher to join the the Mr Ohio High School show which he did and came out with the trophy in 1978.

Who Is Matt Mendhall? Few Things You Need To Know About Him!

Born on June 26 1960, Matt Mendenhall was on of the respected bodybuilder in the world.

Matt’s journey as a bodybuilder would described as accidental, in 1975, while he practicing his pole-vaulting at home, the pole breaks, and Matt falls ten feet into the sand pit, causing a double compound fracture of the forearm.

After 16 weeks in the cast, it appears that the arm healed incorrectly, and Matt badly needs some physiotherapy: doctors predict that he will never regain full use of his arm! However, on their recommendation and following his brothers’ example, he takes on weightlifting.

He quickly recovers full use of his arm, and after a year of fooling around with the weights, he decides to start powerlifting seriously, mostly in the family basement.