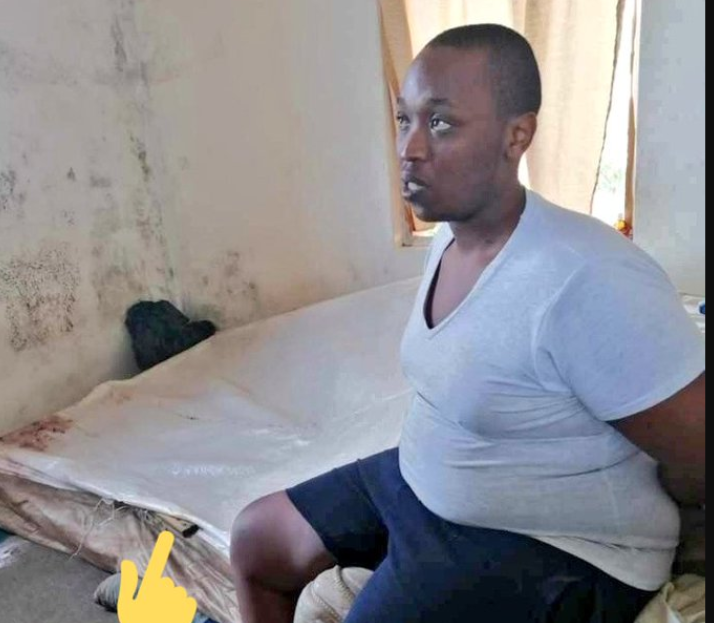 Police have arrested a guy who killed his girlfriend and chopped her body parts and placed them in two suitcases and went to dump them at the entrance of a nearby flat from where he lives.

The dismembered body of a 23-year-old law student identified as Nosicelo was discovered in a suitcase in Quigney, East Cape, South Africa.

Apperently, this is the guy who killed his girlfriend and chopped her body parts and placed them in two suitcases and went to dump them at the entrance of a nearby flat from where he lives. #JusticeForNosicelo pic.twitter.com/jDmPsBREXF

According to reports, The black refuse bag found next to the suitcase contained some of the victim’s other body parts, while her head was reportedly found in a cupboard in her home on Thursday, August 19.

The horrific discovery was made after a motorist had flagged police on patrol at about 7 am on Thursday to inform them that a body had been found in a suitcase. Soon after police visited the crime scene, the 25-year-old suspect was found and arrested.

“On their arrival at the corner of Fleet Street and Fitzpatrick road a suitcase with the body of a 23-year-old female was found. Next to it was a black bag with other body parts. While at the scene, police received information that a 25-year-old suspect believed to be linked to the murder was found and immediately arrested,” Kinana said.

“On further investigation, police discovered a plastic bag with other body parts in a house. She was reportedly studying law at the Fort Hare University in East London,” Kinana added

According to Kinana, preliminary investigations revealed that the suspect and the deceased had been living together for some time.

“This is one of the devastating scenes women do not want to see during this Women’s Month. The incident represents a manifestation of the stubbornness of gender-based violence and femicide incidents which are endemic within our society,” Ntshinga said.

Meanwhile, the suspect identified as Alutha Pasile is expected to appear in court on Friday, August 20. He faces a charge of murder.