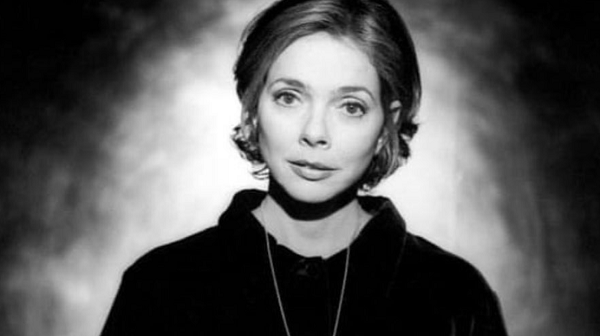 The news of her death was announced on Friday through an online post shared by Nick Davis a Cricket, music & dog lover. Springsteen addict & founder of Music Fromattic.

Nick said: “So sad to hear of the passing of one of my all-time favourite singers – Nanci Griffith. Saw her many times including the night my mother passed away when it truly felt she was singing Gulf Coast Highway just to me.”

So sad to hear of the passing of one of my all-time favourite singers – Nanci Griffith. Saw her many times including the night my mother passed away, when it truly felt she was singing Gulf Coast Highway just to me. pic.twitter.com/219YvOlomw

The acoustic USA a Folk, bluegrass, and other music genre have also confirmed the news of Nanci’s demise. A series tweet shared through their Twitter page reads: “Very sad to hear that Texas singer-songwriter Nanci Griffith has passed away after an illness.

Rest in peace, Nanci. Thank you for the gorgeous music.”

Very sad to hear that Texas singer songwriter Nanci Griffith has passed away after an illness.

Rest in peace, Nanci. Thank you for the gorgeous music.

Who Is Nanci Caroline Griffith?

Real name Nanci Caroline Griffith was born on July 6, 1953, She was an American singer, guitarist, and songwriter,

Nanci was raised in Austin, Texas, She lived in Nashville, Tennessee. Griffith appeared many times on the PBS music program Austin City Limits starting in 1985 (season 10).

In 1990, Griffith appeared on the Channel 4 programme Town & Country with John Prine, where she performed at The Bluebird Cafe in Nashville, along with Buddy Mondlock, Robert Earl Keen, and Barry “Byrd” Burton.

Her music career spanned a variety of musical genres, predominantly country, folk, and what she terms “folkabilly.

“Griffith won a Grammy Award for Best Contemporary Folk Album in 1994 for her recording, Other Voices, Other Rooms. This album features Griffith covering the songs of artists who are her major influences.

One of her better-known songs is “From a Distance,” which was written and composed by Julie Gold, although Bette Midler’s version achieved greater commercial success.

Similarly, other artists have occasionally achieved greater success than Griffith herself with songs that she wrote or co-wrote. For example, Kathy Mattea had a country music top five hit with a 1986 cover of Griffith’s “Love at the Five and Dime” and Suzy Bogguss had one of her largest hits with Griffith’s and Tom Russell’s “Outbound Plane”.

Nanci has made a lot of collaboration with popular musicians, notable among them was Jimmy Webb who she teamed up to contribute the song “If These Old Walls Could Speak” to the AIDS benefit album Red Hot + Country produced by the Red Hot Organization.

She was a survivor of breast cancer which was diagnosed in 1996, and thyroid cancer in 1998.

After several months of limited touring in 2011, Griffith’s bandmates The Kennedys (Pete & Maura Kennedy) packed up their professional Manhattan recording studio and relocated it to Nashville, where they installed it in Nanci’s home. There, Griffith and her backing team, including Pete & Maura Kennedy and Pat McInerney, co-produced her album Intersection over the course of the summer.

The album included several new original songs and was released in April 2012 on Proper Records.

On June 25, 2019, The New York Times Magazine listed Griffith among hundreds of artists whose material was reportedly destroyed in the 2008 Universal fire