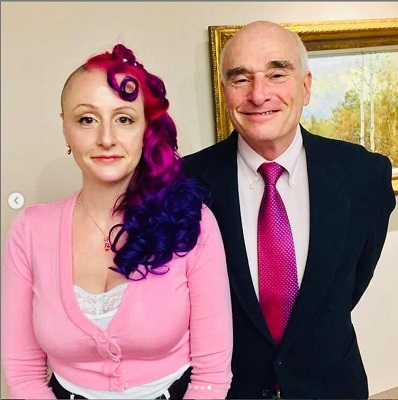 Historical romance author, Julia Quinn took to her official Instagram page to announce that she lost her father and sister in a tragic accident.

According to Julia, she lost two members of her family because a catering company did not secure its load and canvas bags spilt onto the highway and a pickup driver thought nothing of driving while his blood-alcohol level was nearly 3 times the legal limit.

She also revealed that she had just finished a project with her sister which was dedicated to their father but unfortunately they couldn’t live share the project.

I have lost my father and my sister. Because a catering company did not secure its load and canvas bags spilt onto the highway. Because a pickup driver thought nothing of driving while his blood-alcohol level was nearly 3 times the legal limit.

I have lost my father, and I don’t have my sister with whom to grieve.

I have lost my sister @violetcharlescomics, with whom I had just finished a graphic novel. It was dedicated to our father.

It will still be dedicated to our father. It won’t be a surprise anymore, but I’d like to think he suspected we’d do it. He knew us so well. He was our dad.

According to Utah Highway Patrol Sgt. Cameron Roden the tragic incident occurred in the area of exit 328, 200 North in Kaysville at *”30 p.m.

A statement from the Utah Highway Patrol explained that “A catering company lost their load of canvas bags onto the freeway,”, “Two cars stopped, or nearly stopped, for the debris. A green Ford F-250 came upon the stopped traffic and collided with a red Toyota Prius out of California. Stephen Cotler was driving the Prius, while Ariana Cotler was the passenger. The Prius then struck a silver Chevy Malibu.”

77-year-old Steve Cotler and his 37-year-old daughter, Ariana Elise were both pronounced dead at the scene of the crash.