Sadly we have learnt that the legendary F-14 pilot Dale “Snort” Snodgrass has passed away.

The news was officially made known through a Twitter post shared on Sunday morning by The Fighter Pilot Podcast:

“Catching early reports of unfortunate news regarding legendary F-14 pilot Dale “Snort” Snodgrass. Does anyone have any details?”

Multiple sources say he died from a plane crash a report not yet officially confirmed.

Apparently was killed in a plane crash https://t.co/GQItTNWfIx 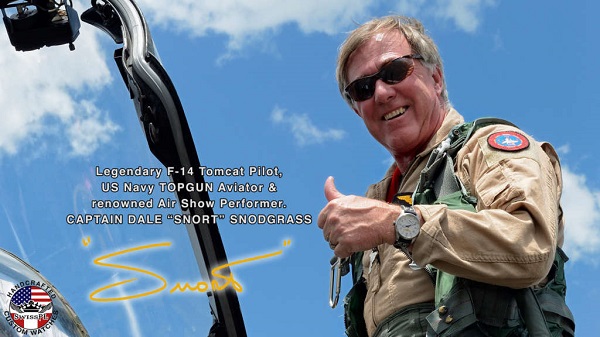 During his naval aviation career, Snodgrass, whose call sign is Snort, became the definitive F-14 pilot.

He got into the aeroplane straight out of flight school in 1974 when the F-14 was new and no other low-time pilots had flown it.

He was the first in that category to land it on a carrier, both day and night. In 1978 he attended Top Gun, the Navy Fighter Weapons School, which turns the best pilots into instructors. In 1985, he became the Navy’s Fighter Pilot of the Year.

The following year, the film Top Gun turned the viewing public into crazed F-14 fans (Snodgrass did a little flying for it), and Grumman named him Topcat—Best F-14 Pilot of the Year. He trained so many young fighter pilots and staged so many dogfights in it that he became unbeatable.

He also flew more displays over more years than any other military demo pilot.

Flying the F-14 in war and in peace, he has racked up more than 4,800 hours, making him the highest-time Tomcat pilot in history.

Snodgrass loves flying airshows, and even when he became Commander Fighter Wing Atlantic, commanding all the F-14s in the Navy, he continued to find a way to fly.

“I started doing the demos and I liked it so much that I stayed connected to the airshow circuit by hook and by crook from 1985 to 1997—12 years, which was unprecedented in military demo flying,” he says. “Everybody did two, three years.” He made 400 demonstration flights in the Navy.

In 1985 he met a group of pilots from the Kalamazoo Aviation History Museum in Michigan. The museum had acquired one of each of the piston warbirds that Grumman manufactured and named for cats—the Wildcat, the Hellcat, the Bearcat, and the twin-engine F-7F Tigercat—and flew them in an airshow act called Flight of the Grumman Cats. Snodgrass and the pilots agreed to fly together.

The Navy provided the Tomcat, and Snodgrass flew with the Kalamazoo team in their second performance. It was a powerful moment for the crowd: the first time they had seen old warbirds flying in close formation with a modern jet.