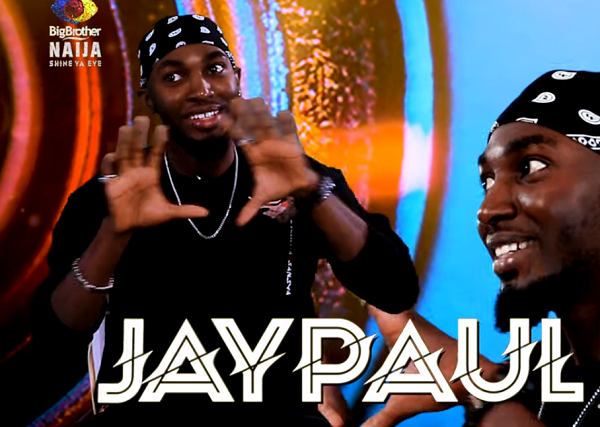 Yes, the much anticipated and arguably the most-watched reality TV show in Africa, Big Brother Naija is back again. This season, we will see more fun fare, laughter, suspense, and many more exciting clicks from the contestants.

After weeks of speculation, Big Brother finally unveiled this Season’s theme and introduced Africa to the first batch of BBNaija

This year’s Big Brother Naija reality television show which is in its 6th season has been tagged “Shine ya eye”.

Meet Contestant Nuber 2: Paul Ephraim, He is based in Lagos.

Who Is Jaypaul? Real Name Is: Paul Ephraim

Meet Paul Ephraim popularly known as Jaypaul, He is a 29-year-old Lagos-based musician and actor who believes that the Big Brother Naija House will be the perfect opportunity and platform to help him boost his fledgling career in the Nigerian entertainment industry.

Paul in his own words said he is “entertaining, confident, playful, honest and friendly”.

While his career means a lot to him, Jaypaul believes in strong family bonds. He considers being a son to an amazing mother and brother to two wonderful sisters as his best role to date and it’s no wonder that losing his father was one of the lowest points of his life.

Jaypaul believes he is a catalyst for a chain reaction of positive activities and wants to show this to the world.

What Is Big Brother Naija TV Show All About?

BBnaija season 6 event started with the host, Ebuka, in his glory and glamour, taking viewers on a tour of the pimped up interiors of Big Brother House.

Yes Over the years, winners of the reality show have carted away millions of naira since the inaugural edition in 2006.

In the second season, the grand prize was N25 million and it was later increased to N45 million in the third edition.

The fourth season saw the winner, Mercy Eke, take home the N60 million among other perks.

One lucky housemate would become N90 million richer this season when the show ends in 72 days.

Below,  More Information and Updates about Jaypaul will be released shortly as the show continues!!