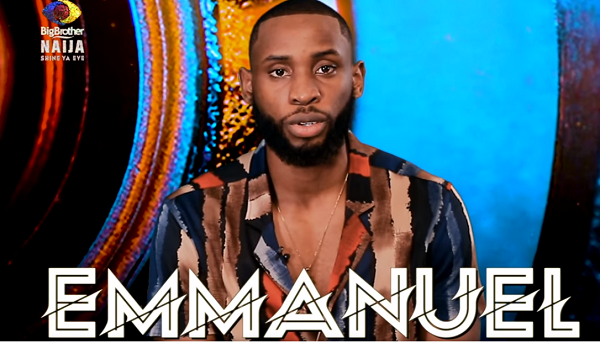 Yes the much anticipated and arguably the most-watched reality TV show in Africa, Big Brother Naija is back again and this season we are going to see more fun fare, laughter, suspense and many more exciting clicks from the contestants.

After weeks of speculation, Big Brother finally unveiled this Season’s theme and introduced Africa to the first batch of BBNaija

This year’s Big Brother Naija reality television show which is in its 6th season has been tagged “Shine ya eye”.

Meet Contestant Nuber 2: Emmanuel Umoh, He is an Akwa Ibom guy based in Port Harcourt Nigeria.

Meet Emmanuel Umoh he is the 3rd contestant of the popular Big Brother Naija season 6th television reality show, He is the first Nigerian to win the Mister Africa pageant.

Emmanuel hails from Akwa Ibom and currently lives in Port Harcourt, Rivers State, where owns and runs a fitness centre and a unisex salon and spa.

A self-described risk-taker, this 24-year-old loves to travel, connect with people and try out new and unique ideas.

He believes in making the best of every opportunity, and he counts his physical and social attributes as advantages that garner him a lot of attention.

Currently single, he describes himself as a “sucker for love” and believes “a healthy relationship goes a long way to building one’s life.”

What Is Big Brother Naija TV Show All About?

BBnaija season 6 event started with the host, Ebuka, in his glory and glamour, taking viewers on a tour of the pimped up interiors of Big Brother House.

Yes Over the years, winners of the reality show have carted away millions of naira since the inaugural edition in 2006.

In the second season, the grand prize was N25 million and it was later increased to N45 million in the third edition.

The fourth season saw the winner, Mercy Eke, take home the N60 million among other perks.

This season, one lucky housemate would become N90 million richer when the show ends in 72 days time.

Below,  More Information and Updates about Emmanual will be released shortly as the show continues!!