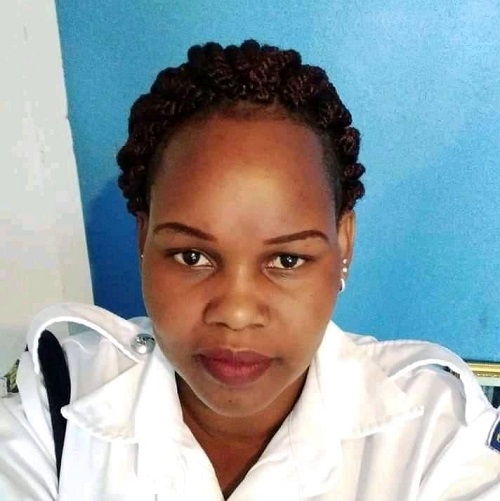 Kenya police in Nakuru County has launched a search for a female cop who allegedly shot dead her lover colleague.

The victim identified as John Ogweno was murdered in a cold blood by his lover Corporal Caroline Kangogo who has since disappeared after allegedly shooting him to death. 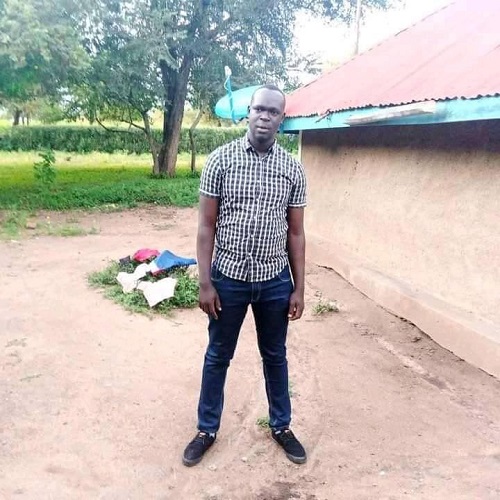 John Ogweno a 28-year-old police constable attached to the crime office in Nakuru Central Police Station lifeless body was discovered inside his car on Monday morning, July 5. His firearm was also found missing.

“She went missing after the incident and she is believed to be the main suspect in the murder and has since fled to an unknown destination with the firearm,” a report seen by K24 Digital read in part. 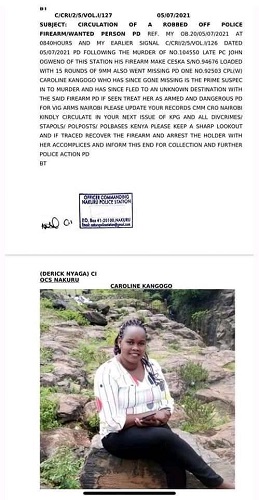 Police asked members of the public who will happen to see Kangogo to treat her as armed and dangerous.

The report further asked police bosses in Nakuru and Nairobi to circulate the information with the aim of ensuring that she is arrested.

According to Nakuru East Deputy Sub County Police Commander Phantom Analo, the deceased was found at the parking lot of Kasarani line area in his car by a colleague who quickly reported the matter.

In his report, the officer said that while he was walking at the car park within the police lines, he saw the motor vehicle of registration number KBV 735U with its windows broken and after peeping inside he saw the owner lying on the seat.

“What attracted his attention is the fact that the car’s engine was still on despite the vehicle not moving for some time,”

Analo said that police believe that the officer had been murdered since his firearm was missing.

“Right now, we are trying to investigate and come to the root of the cause of the death because we cannot say it was suicide. We suspect someone has done it because the driver’s window had been splashed with a stone to access the constable in the vehicle,” he said.