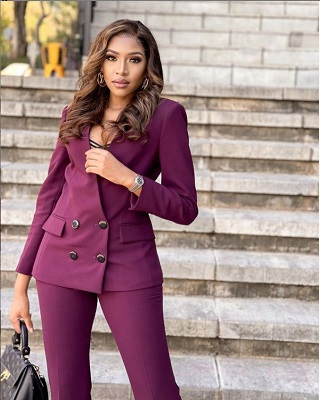 South African actress, Blue Mbombo has cried out about the current state of the country’s security after watching CCTV footage showing the moment her friend was almost hijacked.

The actress who from her words seems scared said the country is no longer safe. She disclosed this in a series of tweets via her Twitter page.

The star did not share what really happened in the CCTV footage but only revealed that her friend almost got hijacked.

In a series of tweets, he tweeted – “Just watched a CCTV footage where my friend almost got hijacked. South Africa is not safe bathong!”.

Just watched a cctv footage where my friend almost got hijacked. I’m shaking South Africa is not safe bathong!

Similarly, this is not the first time such an incident has been reported, recall that rapper Gigi LaMayne had raised the alarm on her Twitter page about how she got hijacked alongside her team.