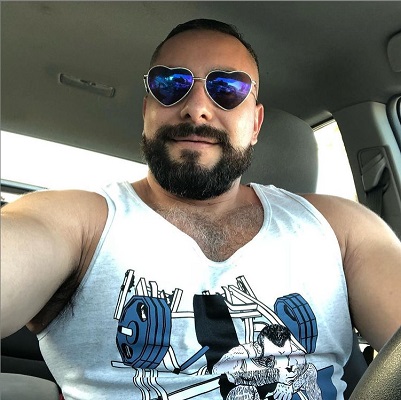 The information posted on social media has it that talented actor, George Unda has sadly passed away. The actor reportedly died on June 21 2021 as posted by a friend of his on Facebook.

His cause of death or what led to his sudden demise has not been made known to the public.

George came to the limelight of the entertainment industry after appearing in movies like “Where The Bears Are”, “The Rookie and The Runner” both released in 2021 and “Hey Qween” in 2014.

In Where The Bears Are, a comedy-mystery web series movie George took the role of detective Martinez.

As Detective Martinez, he worked with Detective Chad Winters (Chad Sanders) as his partner. He became a cast member during the second season of the movie.

Aside from his acting career, George is also a dame good writer, he did his first piece for Manhattan Digest way back in 2014.

George has a huge followership on his social media pages where he posts his super hot selfies.

Louie Gonzales who shared the news on his Facebook page said they both spoke recently and had plans to see each other this summer.

Louie Gonozales’s post on FB Read: You never wanna believe it when someone tells you that someone you know has passed away. You get on social media and then realize that what you have heard is true. Countless posts of people paying their respect, sharing photos with that person and memories they may have together. George Unda this memory of us on the set of WTBA seems like a lifetime ago, but it’s the fondest memory I have. To be honest, I’m still in shock you are gone and I pray that you are in a better place, my friend. My condolences to his partner, his close friends and his family. You will be missed brother.