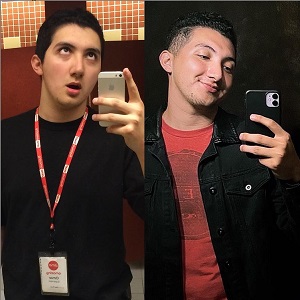 A young journalist, pop culture writer and reporter working with the EW, Omar Sanchez has reportedly passed away at the age of 26. The news of his death flooded social media today as friend and colleague took to the platform to mourn the talented writer and author.

Circumstances surrounding his death has not been made known to the public, The family are yet to release an official statement about his death.

Omar Sanchez came to L.A. as an intern at THR in 2018, where he impressed his co-workers with his passion and big personality. He went on chasing his dreams, working at the Wrap and EW, interviewing some of his heroes along the way.

On July 1 2015, Omar gained admission to study Journalism at University Daily Kansan and at KU and graduated in December 2017.

Born in 1995, to a family of two Mexican immigrants.

Omar Sanchez in October 2018 joined “TheWrap” and worked as an editorial Assitant. He spoke and reported on the top podcast networks for TheWrap’s premium site and also reported on multicultural TV for TheWrap.com.

His Podcast projects at TheWrap include breaking Serial’s next project after season 3, helping break Wondery’s split with podcast “Sword and Scale” and conversations with the people behind Wondery, Stitcher, Spotify Podcasts and PodcastOne.

Reacting to his death The People digital music writer in a series of tweets wrote – Omar and I became good friends after we met Harry Styles while wearing bright-ass yellow raincoats to celebrate the release of Fine Line. “Golden” will always remind me of that special day. I’m gonna miss you, dude.

Jillian Sederholm EW’s digital news director reacting to Omar’s death via Twitter described him as one of the most enthusiastic and passionate people she has ever worked it.

I’m heartbroken over losing Omar, one of the most enthusiastic and passionate people I’ve had the pleasure of knowing and working with, but am so thankful for the time we all got to spend with him; she tweeted.

Writer Alami Yohannes via his twitter page wrote – “Even in the short time we were able to call him our colleague and our friend, Omar made a lasting impression that I know we will all carry with us in our memories when we are back together in the newsroom and beyond.”