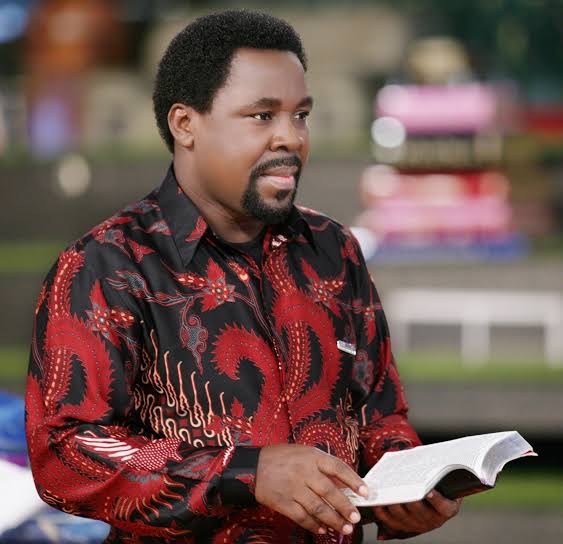 The news revealed by a popular Nigerian online website Pulseng. 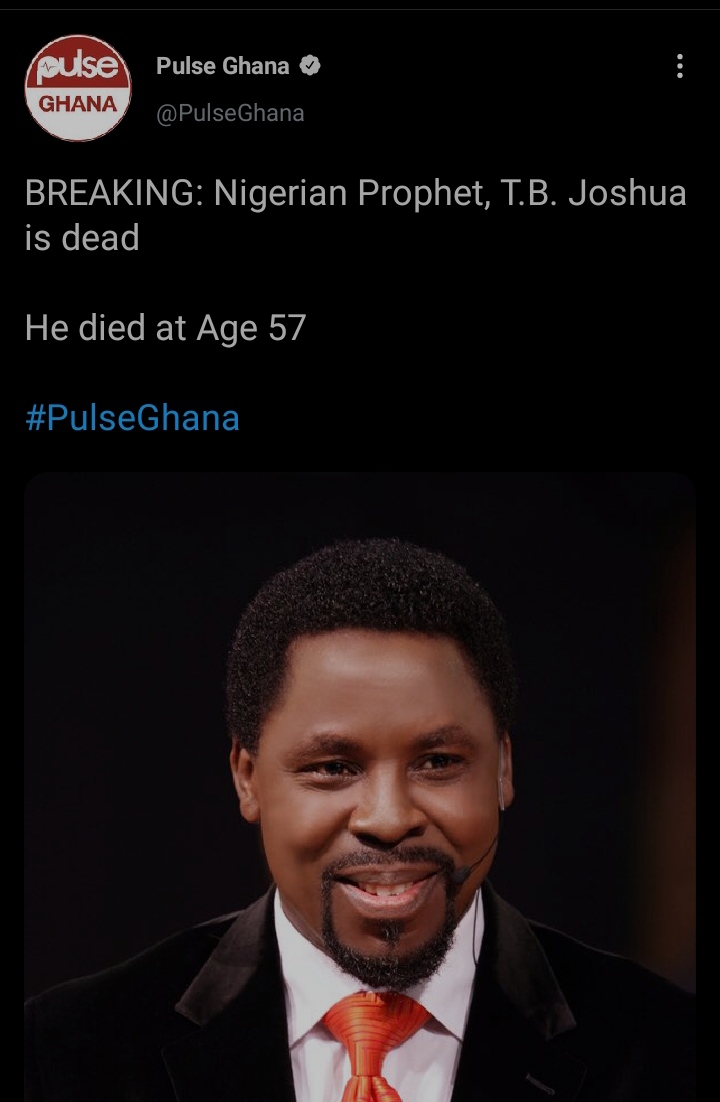 What Happened To Prophet TB Joshua

Reports say he died in Lagos on Saturday evening shortly after concluding a programme at his church.

The cause of his death have not been revealed as the news is still shocking to the entire country and his followers around the world.

They got married after they both met at Ikot Egbe where she was living with her sister.

Their marriage was blessed with three wonderful children.

Prophet T. B. Joshua, was a Nigerian charismatic pastor, televangelist and philanthropist.

He was the leader and founder of The Synagogue, Church of All Nations (SCOAN), a Christian megachurch that runs the Emmanuel TV television station from Lagos.

TB Joshua was known for his popularity across Africa and Latin America and his social media presence with 3,500,000 fans on Facebook.

The prophet’s YouTube channel, Emmanuel TV, had over 1,000,000 YouTube subscribers and was the world’s most viewed Christian ministry on the platform before it was suspended.

Described as the “Oprah of Evangelism” and “YouTube’s most popular Pastor”.

TB Joshua has received so many awards of various accolades, notably receiving the Officer of the Order of the Federal Republic (OFR) by the Nigerian government in 2008 and being voted the Yoruba man of the decade by Pan-Yoruba media outlet Irohin-Odua.

He was called one of Africa’s 50 most influential people by Pan-African magazines The Africa Report and New African Magazine.