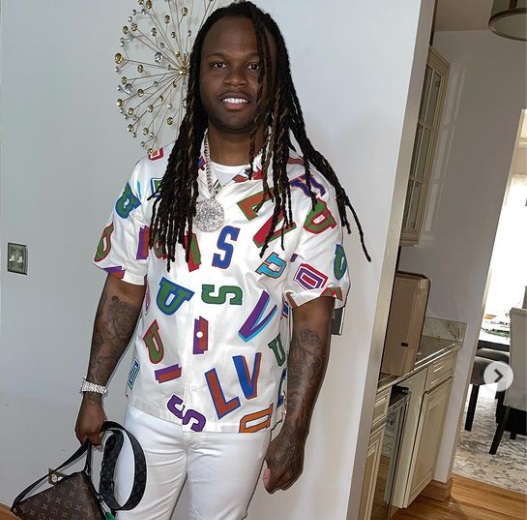 Information confirmed on social media has it that Lil Durk’s brother DThang has sadly and unexpectdely passed away at his younger age. He was reported to have died today June 6 2021.

According to sources, D Thang was shot and killed in a Chicago area nightclub. The motive of the shooting is not yet known at the time of filing this report but series of post on social media claimed the shooting was a gang-related issue.

D Thang whose real name was Dontay Banks Jr was also a musician whose has also worked with brother in some studio project.

The news of his death was announced to the public by Chicago Mediatakeout via their official Instagram page.

Chicago @money_making_dthang. When is it going to stop? Durk, you’re in our prayers @lildurk . Most importantly praying for his kids; they posted on their page.