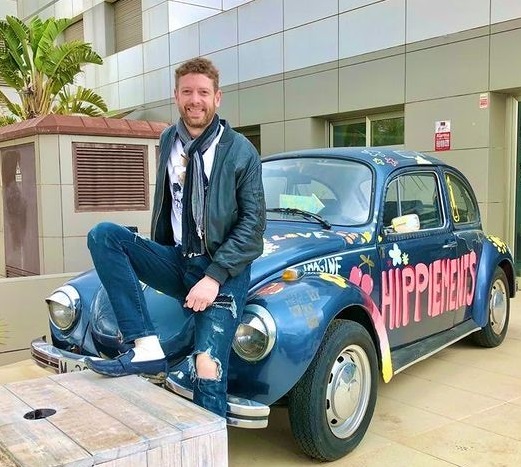 Information reaching our news desk has it that popular property tycoon, Martin Skinner has sadly passed away at the age of 42. The news of his death was confirmed today through a social media post.

His cause of death or what led to his sad demise has not been made known to the public as of the time of filing this report.

The property developer in 2019 became one of the biggest bankrupts with debts of £40 million. He was jailed in September 2019 for a drug-drive crash and lost his £500 million property empire in one day. He was evicted from his home in the exclusive millionaire enclave of Mayfair in London.

Martin Skinner Before His Death Was Working On Deals, Planned Buying 25% Of A Bar/Restaurant/Hotel

His series of post on Instagram shows that he was really making plans of starting some new stuff again. Three days ago he was in Dubai to get deals done.

Martin in a  post he made on his Instagram hinted on buying 25% of a bar/restaurant/hotel when he gets some money.

I might be buying 25% of a bar/restaurant/hotel (when I get some money again that is of course!) with Abdullah (shaking hands with me in red) and the leather shop guys were absolutely hilarious – after a week of ongoing price reductions, I eventually had to buy a bargain jacket and bag from the guy I’m sticking my finger up at lol.

The brilliant sales guys occupying the little strip of bars, restaurants & hotels in the old town effectively adopted me for the week that I’ve been here – and that’s not to mention my awesome new Kuwaiti friend and the group of hilarious Pakistani’s I befriended 3 days ago.

Who Is Martin Skinner?

Martin Skinner was the founder and Chief Executive of property investment and development company Inspired Asset Management and the homebuilding brand Inspired Homes.

He was also non-executive chairman at The Collective, the UK’s largest co-living provider, and helped the British Property Federation to come up with industry-recognised definitions for micro-living.

Martin spent 15 years of his career working in property and delivered approximately 3,500 units for rent and sale.

He started off his career in tech after graduating from the University of Roehampton in 2000 with a degree in Business Computing.

He sold his first web design business and joined the acquiring company’s leadership team, and used the proceeds and his new mortgageable salary, plus a £10k loan from his mum, to buy a three-bedroom house in North Woolwich.

Martin who is a pioneer of “micro-apartment” developments was some time ago featured in the BBC’s One series The Tower where he talked about the redevelopment of a south London estate.