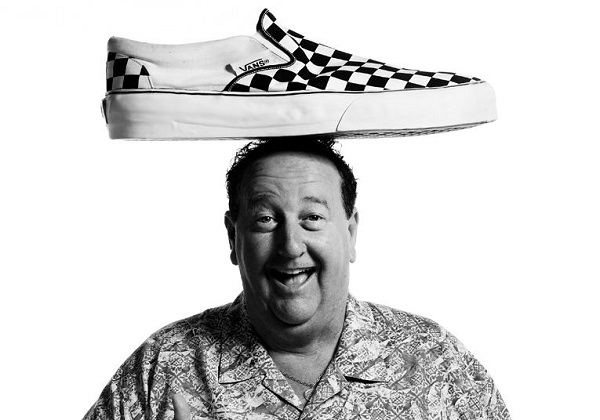 Paul Van Doren one of the earliest founders of Vans, a shoe company located in the United States has passed away.

Paul has been of the two children of Johnson and Rena Van Doren. His father was an inventor while his mother was a seamstress.

Van Doren dropped out of school at the age of 14, when he was in the eighth grade. Interested in horses, he went to the race tracks every day; there, he became known as ‘Dutch the Clutch.’ His mother then insisted that he get a job in a shoe factory.

Far back In 1966, Van Doren, his brother James Van Doren, and their friends Gordon, Ryan Emmert and Serge D’Elia became partners in opening the first Vans.

It took a year to build and set up the factory at 704 East Broadway in Anaheim. They offered only 3 different styles of shoes when they first opened; their prices ranged from $2.49 to $4.99.Vans had about 70 stores in California by the end of the 1970s.

Van Doren ran the company until 1976, when his brother James took over.

Originally named Van Doren Rubber Company, Vans is an American based manufacturer that specializes in shoes specifically made for the extreme sports of today.

They produce skate shoes, BMX shoes, snowboarding boots, as well as a variety of other shoes. They provide mostly to the youth market in skateboarding, snowboarding, and surfing.

Vans also sell a wide range of apparel like t-shirts, hoodies, socks, watches and other accessories. All of their products are made to be comfortable, sturdy and stylish.

From early on it never looked like Paul Van Doren would be a successful businessman. He dropped out of school in the 8th grade to pursue his fascination with horses but ended up at the race track. His disappointed mother forced him to go to work at the shoe manufacturer she worked at. Over the next 20 years, Paul worked his way up to executive vice president at Randy’s, a shoe company in Boston.

In 1966 Paul decided to branch out on his own to start his own company. Along with Serge D’Elia and Gordy Lee the three men started a company that would manufacture and sell shoes directly to the public and cut out the retailers. They built a factory in Anaheim, California and a retail store that was a mere 400 square feet.

When they first opened their store they only offered three styles of shoes in just a few different colors ranging in price from $2.49 – $4.99. If a customer wanted something other than what they had the customer would be asked to return later that afternoon to pick up their order, as Paul would scramble to make it for them that day. One woman, in particular, wanted a shoe in a color they didn’t have.

So Paul asked her to bring in the color of fabric she wanted and they would make her shoes from it. That was the start of Vans’ customization.

Over the next year and a half Vans was opening a new store nearly every week. Now with 50 retail stores Vans was bringing in much more revenue while at the same time allowing for them to be closer to the consumer. Although the name of the company was still Van Doren Rubber the customers began to call their shoes Vans.