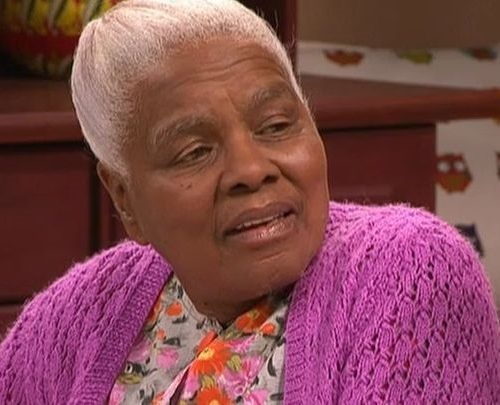 News that popular actress, Ivy Nkutha is also known as Gogo from Generations died is not true. The actress is very much alive but sadly she lost her Makeup artist “Sizakele Sipoyo”.

A website Iharerejobs had earlier posted that the actress passed away but later made an update confirming that she is alive. They described their earlier post as a mistake.

Is Ivy Nkutha Gogo Florence From Generations Dead Or Alive?

Verified information we got from Gog’Flo’s on-screen daughter Lucky Diale (played by Ranaka Manaka) confirms that Ivy Nkutha is very much alive contrary to what has been spreading on social media by rumour mongers.

Explaining what happened she said, the Generations Makeup Department lost of their makeup artists “Sizakele Sipoyo”.

Before you get carried away, GoGo Ivy Nkutha is very much alive! It’s the lady doing her makeup that passed away, Generations Makeup Department. RIP Sizakele Sipoyo; Lucky wrote on Instagram.

The 80-year-old South African-born actress is known for movies like Layla Fourie, Mrs Right Guy released in 2016 and Duma.

Ivy Nkutha was formerly a dental educator before she decided to move into acting. She studied nursing at St. Thomas Training Institution.