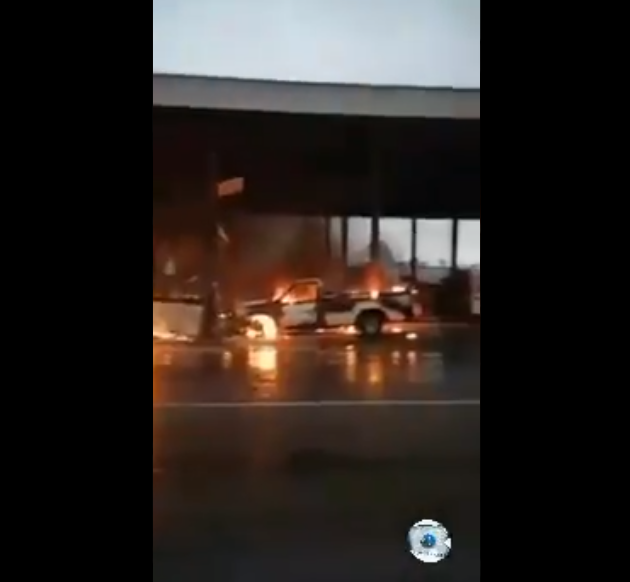 South Africans woke up on Friday morning to behold the sight of the Golden Arrow Bus and a bakkie set alight this morning at Nyanga Terminus in Cape Town.

The reports say the motive behind the buses been set ablaze is still yet not ascertain, This is still believed to be an arson attack on the busses.

Meanwhile, another fire outbreak has taken place in Cape Town where the Bellville Civic Center building was reported to have caught fire and rescue officials scamping up and down to cordoned off a section of the building that was razed down by the fire.

“The damages are concentrated to the under-stage and stage areas and a section of the auditorium. The fire also caused substantial damage to the roof,” Carelse said.

Motorists captured footage of the multi-storey building engulfed in flames.

Carelse confirmed that the cause of the fire was the subject of an ongoing investigation. All that’s known at this time, is that the blaze may have started before 06:00.